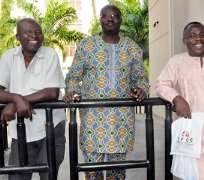 The suspects pleaded not guilty to the two count charge when it was read to them.

Justice A. R. Mohammed adjourned the matter to 27th February, 2013 for trial and ordered that the accused persons be remanded in Kuje Prison.