TUNDE BAKARE AND THE DOCTRINE OF NECESSITY 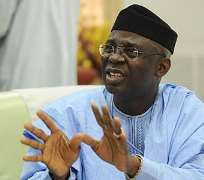 In Nigerian, the term doctrine of necessity was first used by the government in 2010. This was a time when the citizens did more than just sit in the confine of their homes to ask questions about their government, but instead, walked on the street of the federal capital territory in the sit of power, before all the state top wings and apparatus and demanded an immediate response to their question ‘’where is the president’’.

At a time when the country was said to be held hostage by some group of people simply referred to as the cabals (group of oppressors in government holding the nation to ransom). The Noble Literature Prize-winner, professor Wole Sonyinka described the cabal as gangs holding the nation to ransom. This group of people were also described by a former member of the National assembly, Hon. Farouq Adamu Aliyu as’’ criminal cabal that are holding the country hostage’’.

This means that, if the citizens kept silent and never asked a question, there wouldn’t be the doctrine of necessity as used by the government or, if the questions were just being asked by the citizens in their homes, there may not have been anything like the doctrine of necessity which prompted the law makers into doing the right thing. ‘’The doctrine of necessity as defined, is the basis on which extra legal actions by state actors, which are order, are found to be constitutional. The maxis on which the doctrine is based originated in the writing of the medieval jurist, Henry de Bracton and similar justifications for this kind of extra legal action have been advanced by more recent legal authorities including William Blackstone’’.

In modern times, the doctrine was first used in a controversial 1954 judgment in which Pakistan chief justice Muhammad Munir validated the extra constitutional use of emergency powers by governor general and most recently used in Nigeria in 2010 to declare then Vice President, Dr. Goodluck Ebele Jonathan as the Acting President in the absence of the sick President Umaru Musa Yar’adua whose death was later announced.

If I interpret that well, I could say that, the doctrine of necessity is actually the question that was asked by the citizens right in the front of those in the position of authority and not the response itself, because it was the persistence in asking the question that warrant an answer which was later given as, doctrine of necessity and paved way for the emergence of president Goodluck Jonathan to be declared as the president of the federal republic of Nigeria.

I think I would also not be mistaken if I say, the doctrine of necessity is not actually the question that was asked, but those who take to the street and confronted those in authority to ask the question, because if they didn’t confront those in authority with the question, the question cannot ask itself and neither would there be any response per se if it wasn’t asked in the right place and directed to the right people. So therefore, the group (Save Nigeria group) which lead the citizens of Nigeria to ask the question (where is the president) is in practical terms, the doctrine of necessity.

I finally resolved that, it would not be out of place, if I maintain that, the convener of the Save Nigeria group, Pastor Tunde Bakare who conceived the idea of the group and the idea of a confrontational asking of the question is in reality, the doctrine of necessity. It may seems to you that i am speaking in parables, but what am trying to say in essence is that, In this world, any human who grace it shall never depart without a trace. The level of your impact and contribution would only determine what trace you would leave behind. But as for Pastor Tunde Bakare, the initiator of the save Nigeria Group, whom I refer to as the Nigerian Doctrine of Necessity (NIGDON), he shall live forever, not just in the heart of men, but in the tongue, work and actions of men.

Every generation have it heroes and legends, and for Nigeria in its Fourth Republic (1999- till date), the greatest hero and legend of these generous generation of the over 160million Nigerians is simply a gentleman with style, an activist of distinct personality, a lawyer per excellence and a pastor, whose pastoring attitude only signifies Godly guidance and his preaching can be attributed to piousness, Godliness and activism which is a trait and sign of prophet hood known with most prophets and men of God.

Tunde Bakare came out as a necessity when Nigeria was almost lost in the wilderness, he saved us with the save Nigeria and gave us life to go on to the much awaited promise land. This was a time when it was said by Alhaji Buba Galadima that, Nigeria is not governed by any law, but lies.

I have read different stories of how prophets of God in the Holy Scriptures raise the dead and liberated some people, but, if what qualifies one as a prophet of God is raising the dead, then, I shall declare Pastor Tuned Bakare (NIGDON) , as one of the greatest prophet of God that have ever graced this planet earth. Why so? Because he raised a whole generation from the state of death, when they are said to be governed not by laws, but lies and gave them life, bringing back the laws. His singular action has today produced thousands of youths and youth organizations that are questioning the lies and pushing forward to restore sanity to the land.

There is no doubt that Pastor Tuned Bakare (NIGDON) is a model to be emulated, a Pastor to be imitated, a politician whose path should be followed, a man of God, whose guidance can only come from heaven and from the most high, an activist whose life should serve as an example, a lawyer whose legacy should be pursued and a man whose standard should be a standard.

When it was time for God to save the Egyptians from the tyranny of Pharaoh, he only gave them Moses, When he wanted to save the Black Americans, he gave them Martin Luther king, but when he saved Nigeria, he used Bakare.

Yes; it is Tuned Bakare (NIGDON) that God has used to delivery Nigeria from our political ignorance which as almost led the whole generation astray, bringing a new age of consciousness and awareness. Today, I see hope in Nigeria, not because the government is upright and doing the right thing, but because the citizens are asking questions and challenging the status quo, not just in their homes, but also on the street and in front of those in authority, defying all threats and warning of being crushed.

In history, what ended every tyranny and cruelty of rulers is not heavy weapon acquired by the masses, neither was it a mini god who came down from heaven to save the people, it is just one citizen, who gave the rest life by giving them a voice. There can’t be a voice without the heart and courage, in simple terms, there can’t be freedom in silence.

When Nigerians were silent, resolving to their faith to accept madness in the name of government and being governed by lies rather than laws, Pastor Tunde Bakare (NIGDON) came out of the blues to lead the way and gave Nigerians the voice of hope which seems lost for a very long time. He showed Nigerians the path to seek liberation. He did so when he lead the save Nigerian group to question the authority and his simple question brought about what the Government termed as, the doctrine of necessity which ensured that the right thing is done.

Today, there are many young astute advocates of good governance following the path of NIGDON, asking questions, working tireless day and night to ensure the nation is brought to tranquility. I am one of them. All following the none affectation of Tunde Bakare, that is now attaining a status of aggrandizement among the Nigerian people.

I find it quit appropriate to say that the personality in question himself is a legacy in term of scope and dynamism; this is in addition to being a first class intellectual. NIGDON can therefore be regarded as an accomplished teacher, an astute advocate and a quintessence of community service whose contribution to the national development shall be remembered for aeon.

Pastor Tunde Bakare (NIGDON) can be described as an encyclopaedia compendium of a wide range of emancipation concern; this vibrant activist may be said to many things rolled into one. He is an educationist, a liberator, a prophet, a lawyer, a pastor, a preacher, a politician, a social commentator, an author, a sage, an emancipator, an ascetic, a philosopher and above all, a man of God.