Land Administration: Success for the Regional Event in Kampala 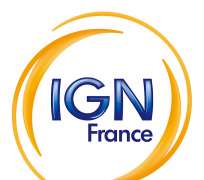 The official opening of the conference was attended by the Vice-President of the Republic of Uganda Edward Sekandi; the Minister of the Land, Housing and Urban Development (MLHUD) Daudi Migereko, three Ministers of State (secretaries of state), the Ambassador of France, and representatives from the World Bank. The participation of such prominent representatives clearly demonstrated the level of importance that Ugandan and the international authorities attribute to the issue of land in general and to the DeSILISoR project in particular.

Frank Byamugisha, the World Bank representative explained that the Bank had financed more than 60 land projects over the past 20 years to a total value of US$2.7 billion. He discussed the development benefits of these cross-cutting projects and explored the economic (natural resources management, urban planning) and sociological (gender issues) benefits to countries that initiate them. Byamugisha also highlighted the direct objectives of the World Banks interventions: improving tenure security over communal land, improving tenure security over individual land, increasing access and tenure for the poor and vulnerable, increasing efficiency and transparency in land administration services, developing capacity in land administration, resolving land disputes and managing expropriations, increasing scope and effectiveness of land use planning, improving public land management, developing post-conflict land administration and strengthening valuation functions and land tax policies.

More than 180 participants from over ten different African countries participated in the conference. Representatives from Uganda, Tanzania, Burundi, Rwanda, Kenya, Malawi, Burkina Faso, Cameroon, Togo, France, United Kingdom and the Netherlands attended the conference with full delegations from Ivory Coast, Chad and Libya. The strong participation in this conference clearly reflects the strong interest in West Africa and East to secure land and developing the potential of land and natural resources.

The consortium charged with the implementation of the DeSIILISoR project led by IGN France International brought together 10 companies involving 30 international experts to digitalize 16,000 cadastral maps and 500,000 and titles. The conference provided an opportunity for the people involved in the project to share experiences and the various components of the project including the establishment of a National Land Information Centre (NLIC), the design and implementation of a land information system (LIS) in Uganda, the conversion of land records, data integration, training and capacity building, and the implementation of a public information and awareness communication were all presented in detail.

Feedback from each member of the consortium on the different aspects and the main difficulties encountered during the 3 year project were an important element of the plenary session and presented a road map of the main issues to take into account when starting these ambitious and complex land projects. A presentation of regional issues was made by the Regional Centre for Mapping of Resources for Development (RCMRD) and country specific presentations were made by land specialists from Burundi, Tanzania, Kenya and Malawi.

Throughout the two day conference, discussions focused on technical issues related to the choice of the solutions adopted, the methodologies to be implemented and the technical equipment installed. Other topics included issues of protection against hacking, the importance of training local people, the communication targeting administrative staff and the public, and the importance of measuring concrete benefits of such projects and their returns on investment. Several presentations focused on the use of aerial photography or satellite imagery in cadaster projects. As the cost of a geographic dataset depends heavily on its accuracy, it is essential to define the data sources that will be used for the establishment of the cadastral reference from the start.

Picking up a key point of discussion on the theme of the added value of NSDI projects for developing countries at the regional conference IGN France International held in April 2012 in Ouagadougou (Burkina Faso) the link between land projects and National Spatial Data Infrastructure (NSDI) was also addressed. Land projects are sometimes considered the cornerstone of NSDI initiatives. However the situation varies considerably from one country to another. Clear links exist between LIS projects and NSDI initiatives; however, some countries initiated NSDI projects without systematic land initiatives, while others have taken advantage of LIS projects to develop national spatial data infrastructure.

Most agreed that the highest authorities must play a determining role in the definition of public policies legal frameworks and the way these projects move forward. Without this strategic vision, both LIS and NSDI projects encounter difficulties fail to get off the ground or are not become sustainable. The completion of a geographic data set appears to be an essential component for both LIS or NSDI projects and should be taken into account from the very beginning.

In her final intervention, the Minister of Lands insisted on the added value of the LI project led by IGN France International. Securing land titles will reduce poverty and enhance economic development in Uganda.

Distributed by the African Press Organization on behalf of IGN France International.

More details on the regional conference and the programmes will be available at: http://www.lis-uganda.go.ug and at http://www.ignfi.com

About the DeSILISoR project - Land insecurity presents an obstacle to economic and social development. In Uganda, a World Bank study revealed that the average delay for the registration of titles was 270 days. It is in this context that the Ugandan Government wished to modernise its procedures. IGN France International won a tender for the securing of property titles through the development of an unique land information system for the 6 departmental offices of the districts of Kampala, Mukono, Wakiso, Jinja, Masaka and Mbarara, as well as the establishment of a national land information centre.

About IGN France International - IGN France International (http://www.ignfi.com) was created in 1986 and is the international subsidiary of the French IGN (National Institute of Geographic and Forest Information). Over the years, the company has shown itself to be an indispensable player in both of its sectors of intervention: geographic information (acquisition, processing, modelling) and geographic information systems (implementation and integration). It works on all types of projects in the following fields: Cadastre and land administration, urban planning, energy, environment, risk management, water, security/precision work, agriculture.