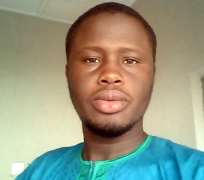 The arraignment of Aminu Lamido, son of Jigawa State governor, Sule Lamido before a Federal High Court, Kano could not go on today as scheduled following the absence of trial judge, Justice Shehu Yahaya.

The accused person was brought to court by operatives of the Economic and Financial Crimes Commission, EFCC, at about 8.45am. More than an hour later, the Deputy Chief Registrar of the Court announced that the judge was unavailable and promised to communicate a new date for the arraignment to the parties. He gave no reason for the judge's absence.

Aminu, who faces a one – count of money laundering, was arrested by EFCC December 12, 2012 at the Mallam Aminu Kano International Airport, Kano  on his way to Egypt, for failure to declare the $50,000 he had on him to Customs as required under Section 12 of the Foreign Exchange (Monitoring and Miscellaneous Provisions) Act Cap F 34 Laws of the federation of Nigeria 2004 and Section 2(3) of the Money Laundering (Prohibition) Act, 2011 and thereby committed an offence punishable under Section 2(5) of the Money Laundering (Prohibition) Act, 2011'.