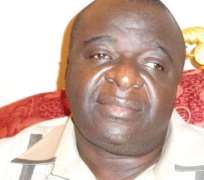 A chieftain of the All Progressives Grand Alliance (APGA), Senator Annie Okonkwo, has said the two-party system will

deepen Nigeria's democracy. He urged Nigeria to learn from the United States where the system has been working for centuries.

Okonkwo, who spoke in Lagos, said:“I have always supported two strong political parties and the one that gives room for independent candidate to contest for elected offices. This is because, if any of the political parties becomes unpopular, the other party would be in a better position to defeat the non-performing party when they contest for the peoples' mandate. This has been the strongest political point of the USA.”

He explained that in view of the large number of parties and inability to muster the strength to defeat the ruling party, the sitting government, which is not performing would turn itself into a leviathan because other parties are so fragmented and are unable to defeat it at the polls.

Okonkwo added: “Where we have too many political parties, it is always very difficult to wrest power out of the hand of the ruling party, even when they are not performing because other parties are not strong enough to give such a party the fight. This gives room for corruption and that is part of the problems that affect our democracy.”

He cited the defunct Social Democratic Party (SDP) and National Republican Convention(NRC), recalling that the experiment worked in the Third Republic. He said had it not been for the sudden distruption of the democratic experience, the country would have become a leading light in democratic governance.

Okonkwo said: “If not for the fact that the military government threw a spanner in the works and proscribed the defunct NRC and SDP after annulling a free election, Nigeria would have been a better experiment as far democracy is concerned. This is because each time one political party fails to perform, the other party would be there to unseat it at the polls.

He said the two-party system did not permit religion and ethnicity to dominate the scene, adding that voters even endorsed a Muslim-Muslim ticket.

The politician added:“Nigeria was more united then, such that the SDP won an election through a Muslim-Muslim ticket. But today, it is not possible; no body is going to vote such candidates. Then, nobody cared where you came from. All they were interested in was performance. So, we must go back to the basics in order to get it right.

Okonkwo urged the National Assembly to amend the 1999 Constitution in a way that would please Nigerians.

He said: “This is the first time we are going to have the peoples' constitution; it is a very good development. This time around, I think the people's interests will be taken into consideration because their impact will be felt. There are some fundamental issues that would be raised in different constituencies because each constituency has their peculiar demand.”

“Though everybody will not agree, but the one that is overwhelmingly put across should be allowed to carry the day. This is a situation where the people make inputs rather than what it used to be in the past when you call for public hearing and at the end of the day it is not allowed to prevail. But when you go to the grassroots, that means the people have been roundly involved.”

He maintained that because this was the first time the people at the grassroots will be making contributions to constitution amendment, they would leave no stone unturned to ensure that the proposed document would defend federalism, state police, resource control and rotational Presidency.

Okonkwo said: “Certain things are not properly put up in the constitution and they have continued to cause problems. The issues of rotation of presidency, zones that have been accepted but not enshrined in the constitution, issues of state police, and issues of state executive office rotation with the senatorial zones and some of these issues that are really worrisome. And if you don't attend to them today, they will rear their ugly heads tomorrow and cause bigger problems. We must look at some of these critical issues in our constitution and amicably resolve them now".