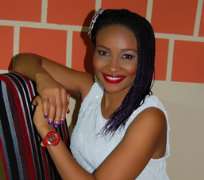 She is one of the old faces, I mean, for her to have spent 12 years in the industry shows that she has really come of age. But Doris, mother of one, will not hide from revealing the intrigues behind the producers and actresses before making a complete film.

She was recently asked if she has ever being wooed before by any producer and she said, ”It happens but it all depends on how you present and carry yourself as well as how you take your job. Some people are desperate and they would do anything just to get whatever role they want but I'm not the desperate type.

I believe so much in my talent and God. I'm one of those that believe that whatever is mine would always come to me and whatever is not mine won't come to me. To me it's like asking me for something and if I can't offer it or don't want to offer it, I simply say no. No one would force you, you would always be asked to see how desperate you are and if you say no, no one would force you. No one would rape you if you refuse it, so it's about your mindset and how you present yourself.''

On marriage, she explained how she met her estranged husband, Daniel, “funny enough, when I met him, I just came back from a job and I was called up by the location manager. I didn't want to do the job but she was on my neck and wanted me to do the job for the producer and because she told me that majority of the crew were from English movies,

I decided to do it because I've heard a lot about these people being arrogant and all that. I wanted to see how they were but unfortunately, every member of the crew irrespective of their native tongue was friendly that I kept wondering where the perceived arrogance went.

They were so accommodating and that changed my perception about a lot of these colleagues. So, it was on that set that I met him because he was the producer and director of the movie which was Omo Jaiye Jaiye. He would walk up to me and greet me and he was always friendly like others and on that location, we all didn't want to go and we became friends. From there, marriage and a child and later a break up.”