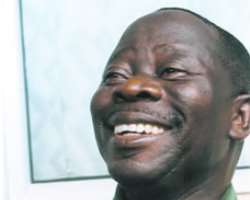 New information made available to Ukpakareports.com indicates that the 2002/2003 stalemate in Anambra over non payment of salaries and the subsequent closure of schools may not have been caused by organic or natural measures attributable to the government of Anambra state.

According to the information gathered, the turmoil that the people of Anambra state endured during the period covering from 2001 to 2003 which was the result of warring political forces between the political center in Abuja and the emerging political forces based locally in the State – may have been worsened by the injection of Adams Oshimole and Charles Onyeagba into the local polity.

Emeka Offor, the millionaire businessman who was the subject of the then vice president of Nigerian, in the person of Abubakar Atiku was utilized as the local godfather in the destabilization project which was hatched at the home of Emeka Offor in Oraifite, Anambra by the Abuja political mobsters. The plan to destabilize the government of Anambra also saw the formation of the now infamous Anambra People's Front [APF]. As publicly known, the plan was hatched owing to the oversized appetite on the part of the local godfathers and the Abuja political mobsters towards sharing of the Anambra treasury. Particularly, the crack in relationship between the then governor of Anambra state and the consortium of political hound dogs – precipitated the now infamous stalemate that begun the redefinition of politics in Anambra state.

According to security reports, the plan was to use the denial [or withholding] of the federally allocated funds to Anambra at the source – in combination with the injection of internal turmoil – through the civil service – via a synthesized uprising.

The denial or reduction of the federally allocated funds was easily achieved immediately being that the Obasanjo led government had the controls of the disbursement at source. But the injection of civil unrest and/or disobedience into the state polity required the services of a national figure who is believed to be a person of public integrity. To this effect, Adams Oshimole and Charles Onyeagba were recruited. So as 2002 neared and as the State government of Anambra State was engaged in negotiations with the Nigerian Union of Teachers [NUT] over unpaid salary of one month, ABC Orjiako, through a bank [that later morphed to Diamond Bank] of which he was a part owner, secured a loan of N380million to enable pay the salaries. And the negotiation appeared settled and school children were to remain in school. However the Obasanjo/Atiku led People's Democratic Party [PDP] did not want the loan procurement and the negotiation with the NUT to fall through – so the need to tap on Adams Oshimole.

Adams Oshimole who was the leader of NLC was contacted by Atiku Abubakar through Emeka Offor. Oshimole's role was principally to halt the on going negotiations with the NUT and to organize a mass protest against the supposed non-payment of salaries. This action was geared to frustrate the negotiation process. With this, Adams Oshimole was handed N5million cash and the State Chapter chairman of NLC, Charles Onyeagba was handed N1.5million. In addition to the monies, Adams Oshimole was given, upon his request, an old Volkswagen vehicle [Vaux Haul] to use as disguise when entering the State. He drove the vehicle [without a driver] every night from Asaba to Oraifite at Emeka Offor's home. The Vaux Haul was a Lagos registered vehicle.

In a manner resembling that of paid agents, the duo of Charles Onyeagba and Adams Oshimole took to the task. They began the hiring of 100s of thugs who would be trusted with ensuring that no student or teacher would return to their classrooms to teach or learn. This was because the chief objective was the destabilization of the government and not the resolution of the ongoing negotiation. In tandem with the unrivalled carelessness of then Mbadinuju government, the Emeka Offor / Atiku led program succeeded in the complete destabilization of the government of Anambra.

With the destabilization of the Anambra government, the Abuja political hound dogs proceeded to release the federal allocation funds held by the Obasanjo/Atiku government to the Chris Ngige government. The first two months of Ngige's administration saw monthly allocations in the amounts exceeding N3billion and it was through the excess monies paid to the state coffers during Ngige's period that caused the misunderstanding between Chris Uba and Chris Ngige. Chris Uba believed the money was his entitlement since it was meant to be originally paid during the Mbadinuju administration.

Adams Oshimole many years later, on the heels of his prowess as the activist, the NLC Chairman found his reward at the governor's seat of Edo State. The pertinent question becomes to what strength is his being compromised by the Obasanjo/Atiku government? To what authenticity is his activism to the people of Anambra and Nigeria in general?