Rebuilding and Protecting the falling Naira 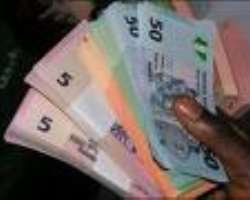 Rebuilding and Protecting the falling Naira
Listen to article

It is arduous, if not a herculean task to safeguard and revamp a currency in the era of globalism and international currency trading. The recent and precipitous declining value of Nigeria's naira to major currencies including dollar, euro, yen and others is something of great concern. The slumping naira can be revamped, although it is easier to say than done because the means to the end and options available are limited. With a blink of an eye the computerized trading of currency can alter and devalue a currency, therefore the mission to refurbish naira becomes more complex. Ultimately, the value of nation's currency is a reflection of the well being of a nation.

There are myriads causative under linings and implications associated with the weaken naira. The rudimentary of a strong currency is determined by the GDP of a nation particularly the vibrancy, volume and richness of the export. An export based economy can readily build and possibly protect a currency from speculators because it can accumulate a large foreign exchange which becomes the war chest to deter any hostile takeover. Even with such a sound economy, capitalism is subject to creative destructive which implies that a larger economy and more active speculator can still overwhelms and weakens a currency by fiercely and voraciously going after the targeted currency. Currencies cannot be fully fortified for in the international trade, they are exposed to the forces of demand and supply.

Nigeria's naira can be rebuilt and possibly fortified from foreign invaders, although it is a tall order. The task of having a sound currency is intertwined with a healthy economy. Nigeriahas some advantages, her economy is relatively sound although it is bedeviled with poverty, gigantic unemployment and troubling banks. Nigeria is among the lowest debtor nation in the world, it is an advantage because she does not have to use a lot of generated foreign exchange to service her debt. Nigeria to her merit do not have a large and run away trade deficit; Nigeria even enjoy a healthy trade balance with some industrialized nations. Another good thing going in favor of Nigeria is her large foreign reserve; it can act as a war chest and can become a psychological tool to discourage predatory speculators. Lately the foreign reserve has commenced to dwindle. But with the price of oil rising, the Central Bank of Nigeria (CBN) pledged to continue to build up the foreign reserve.

The declining foreign reserve was as a result of increasing withdrawal from the reserve. It is imperative that the withdrawal be utilized as prop up for naira or be used as investment to the economy, which at the long run can become the best stimulus for naira. The peril of continuous reduction or withdrawal of the foreign reserve can trigger devaluation of naira. For instance the Standard and Poor's rating for Nigeria was slashed from BB- minus to B- plus. The reason given for the lowering of the rating was the printing of over N 400 billion by Central Bank of Nigeria(CBN) to rescue the five melting and battered banks in Nigeria. With a rational CBN the printed money can be release efficiently into the system to avoid inflation and overheating the economy. Inflation poses the greatest danger to the value of a currency. Naira can be fortified from inflation with a sound monetary policy coming from the CBN together with sensible fiscal policy from the executive branch of the government especially the avoidance of over taxation.

In totality Nigeria economy is not very active for it is a commodity based economy. The economy lacks diversification and becomes relatively weak when compares to industrialized economies of the West and East. The point here is that the source of generating foreign exchange to Nigeria is quite limited. For the major source of foreign exchange for Nigeria comes from oil. Therefore Nigeria lacks the adequate zest and resources to constantly fend off speculators and buy back the naira in the hands of foreign currency traders. Nigeria needs an export driven economy that will enable her to accumulate a large and intimating foreign reserve.

Import based economy of Nigeria hampers the full blooming of naira because the importers are busy sending the precious foreign exchange to oversea and foreign lands. The infant industries are left unprotected. Let us be careful, no one is calling for economic nationalism at the expense of free trade in order to protect naira. That will be self defeating and a waste of energy and resource.

In the short run Nigeria option is limited. Nigeria can dip her hands into her foreign reserve and ease the scarcity of dollars by liquefying her capital market, thus making naira stronger. But once Nigeria does that she increases the internal demand for dollars and other major currencies. Liquefying the market will temporary cool off the hyper demand of the foreign currencies and buy more time for Nigeria to come up with a long time strategy.

The path ways to stronger currency are paved with discipline, hard work and commitment. First and foremost Nigeria must accept that she cannot continue to build an economy with one major export which is oil. The key and the operating word is diversification. It is becoming redundant and superfluous to say the word diversifications in Nigeria. An emerging economy cannot have a strong economy with a mono-exporting commodity. Naira can be as strong as the economy. And by the way when the economy is diversified, a too strong currency can depress trade because the products will be expensive compare to nations with relativelylesserstrong currencies. For an overt strong naira in the long run may not be conducive for a diversified and export economy.The challenge to Nigeria is to start to lay foundation for a healthy currency and economy by doing the right thing especially providing the adequate infrastructure that will enable industrialization and export driven economy to germinate and grow.

The wrong application of monetary and fiscal policies can weaken a currency. To this, theCentral Bank of Nigeria (CBN) will encourage and enforce low to moderately interest rates while the executive branch of the government (state and federal) will lower taxes that will attract resources and investors. Another devourer of currency is inflation which must be vigorous monitored and controlled with logical monetary policy. The readily convertibility of naira can aid to peg naira to somefixed values but it cannot be the panacea to the sorry state of naira. It is tactical move but at the long run a strong naira will eventually be allow to float.

Restoring,rebuilding and even protecting naira must be undertaken with a comprehensive strategy. The economic paradigm must be constructively redrawn to include economy's diversification. Intrinsically, infuse of investments particularly rebuilding of the infrastructure, including a bold but closely controlled monetary policy can put naira back to a highly valued currency.