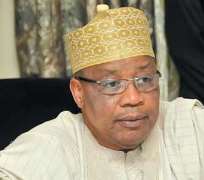 SAN FRANCISCO, November 29, (THEWILL) - A suit filed by some Nigerian civil society groups against the Attorney General of the Federation, AGF, and the Central Bank of Nigeria (CBN) over the controversial Gulf oil monetary windfall during the life of retired General Ibrahim Badamasi Babangida’s government has been dismissed by the Federal High Court sitting in Abuja on the grounds that the applicants lack the locus standi to institute the case.

The judge, Justice Gabriel Kolawole who though ruled against the six civil society groups - Socio-Economic and Accountability Project (SERAP), Access to Justice and Human and Environmental Development Agenda (HEDA), the Women Advocates Research and Documentation Centre (WARDC), Committee for the Defence of Human Rights (CDHR) and Partnership for Justice - on Thursday in Abuja said the groups should not be seen as busy bodies but patriotic citizens.

The groups sued the AGF and the CBN over the much publicised $12.4 billion oil windfall which the country recorded between 1988 and 1992 at a time Babangida was in power.

The six groups wanted the court to compel the government to release the report of the panel headed by Pius Okigbo which probed how the money generated during the Gulf war crisis was spent by the government.

The Federal Government however raised many objections against the suit chief among which are that the report was missing and only the AGF could demand for such a report, and also that the court had no jurisdiction to entertain the suit.

In Judge Kolawole’s view the applicants could not establish the allegation of a “dedicated account” within the CBN where the money was domiciled adding that the action was “status barred” because the applicants failed to file the court within the 12 months stipulated by law after the release of the Okigbo Report in 2005.

The judge said that the applicants failed to produce a certified copy of the Okigbo Report, adding that “the issues raised remained doubtful in the circumstance.

“More worrisome is the fact that Fundamental Rights Enforcement Procedure Rules 2009 relied on by the applicant is in conflict with Section 46 (1) (3) of the 1999 Constitution.

“The Chief Justice of Nigeria has assumed legislative powers in the amendment of the rules to enlarge the justiceable rights of the applicants not originally captured in the Constitution.

“This is however not done to discredit the justiceable rights as enshrined in the African Charter on Fundamental Human Rights, which the applicants may have relied on heavily.

“All the equitable reliefs sought in the application are hereby dismissed, unless the applicants are able to establish the existence of a dedicated account in which the money was kept, I am afraid the other auxiliary reliefs shall not be granted,” he said.

The applicants whose lead counsel is Femi Falana in 2010 brought the motion on notice pursuant to Order 1 Rule 2 of the Fundamental Rights (Enforcement Procedure) Rules 2009 as reserved by Section 315 of the 1999 Constitution.

They have also relied on Order 2 Rules 1, 2, 3, 4, and 5 of the Fundamental Rights (Enforcement Procedure) Rules 2009 and the inherent jurisdiction of the court.

The applicants, therefore, sought an order compelling the respondents to publish a detailed statement of the account relating to the spending of the $12.4 billion oil windfall between 1988 and 1994.

The applicants also sought for orders directing the respondents to diligently and effectively bring to justice anyone suspected of corruption and mismanagement of the money and to return to the Federal account any money which was the subject matter of corruption.

The applicants in addition sought for an order directing the respondents to provide adequate reparation, which may take the form of restitution, compensation, satisfaction or guarantee of non-repetition to millions of Nigerians that had been denied as the result of the misuse of the money.

The applicants had among other declarations, prayed the court to rule that the refusal of the respondents to release the detailed statement of account relating to the windfall was illegal and unlawful.

They also argued that they were entitled to information as guaranteed by Article 9 of the African Charter on Human and People’s Rights.

Sola Egbeyinka, who held the brief for Femi Falana, counsel to the applicants told newsmen after the court’s ruling that the six civil society groups will appeal the ruling.