Presidency Distances Self From Aides Over Inflammatory Statements 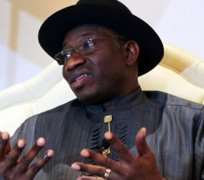 ABUJA, October 17, (THEWILL) - The Presidency today distanced itself from aides and Ministers who have variously made inflammatory statement against the National Assembly.

Apparently reacting to statements credited to the Senior Special Assistant to the President on Public Communication, Doyin Okupe and the political Adviser to Mr. President, Alhaji Ahmed Gulak, Emordi said, "The aides are on their own".

"Let me state categorically that the alleged statements neither reflect the views of the President, His excellency, President Goodluck Ebele Jonathan on the National Assembly nor the enormous respect he has for the institution and the cordial relationship he has encouraged between the executive and the Legislature.

"In other words those to whom the statements were credited were on their own and never spoke the mind of the President.

"I therefore want to advise that restraint and maturity are the watchwords in the Executive-Legislative relationship as rash and hasty comments on legislative thrusts or executive policies could be counterproductive.

She also noted that the legislature remains the central link in the presidential system and Mr. President has by his leadership principles predicated on the rule of law and his personal political temperament as a listening president and one never averse to constructive criticism, ensured that both arms of government work together for common good.

"Let me also put it on record that, with the unequalled support and encouragement of Mr. President, the Office of the Special Adviser to the President on National Assembly Matters has worked to ensure constant communication and cordial working relationship between the Presidency and the National Assembly. Any grey areas have always been sorted cordially through dialogue inspired by mutual institutional and individual respect without resorting to the press, as Mr. President has exhibited maturity in uncommon measures," she added.

Meanwhile, an irked Senate Wednesday described the presidential aides as fifth columnists that do not want the President to succeed.

Recall that both Okupe and Gulak had insinuated that the federal lawmakers are illiterates who can't come up with implementable bills. Gulak further dared the National Assembly to follow in the steps of lawmakers in 2004, who threatened to veto bills.

But the senate via a motion sponsored by Senator Abdul Ningi urged the President to caution his aides from making inflammatory comments capable of setting him on a collision course with the National Assembly.

The Senate President, David Mark, while noting the angst of the National Assembly wondered how President Jonathan, whom he extolled as a complete gentleman, could surround himself with aides who have failed woefully and lack the capacity to do their job.

Mark who said the comments of the aides are unnecessary and unfortunate added that they have no business in the Presidency.

The Senate President is quoted thus: "We all feel very hurt and very bad about it. And we say this against the backdrop that the president as a person is a very gentleman. Nobody can fault him. If you have a personal interaction with him, you will know that he is a gentleman. But what is disturbing is that he has surrounded himself with aides that are not gentlemen in any respect. Aides who have failed woefully to do what he is supposed to do. And because they are totally incapable mentally and otherwise in doing their work, they are finding a way to please Mr. President.

"And they think they can please him by attacking the National Assembly, disparaging the National Assembly and trying to belittle us. Giving an impression that we don't know what we are doing it is extremely unfortunate. The statements that have emanated from the aides so far are totally unnecessary and unfortunate and not helpful in anyway. These are people who should really try to build bridge between the executive and the legislature but they are doing the exact opposite. Any bridge that is existing now they want to totally demolish it. So that they can be on their own and in the process take advantage and give the president an impression that he needs to do something through them so that they can cement the relationship.

"We don't want intermediaries between us and the executive and they are not capable of doing that either. Like all of you here, I am not aware of any aide who has gone and won an election in his local government. Not one. And yet they find it very easy to make comments about members of the National Assembly. They are clearly not on the same wave length with the president and I am surprised that neither Doyin nor Gulak has retracted the statements that are attributed to them by the media. Certainly they are operating on their own. I think victory hit it squarely on the head by saying they are fifth columnists that don't want the president to succeed. But on the other hand we will not allow detractors to force us away from the course that we set our radar. We mean well for this country.

"The fact of the matter is if Gulak is serious about his advise, we will take it in good faith and act on his advise. Here is an aide who is actually advising his own principal on a collision course, who is going out of his duty now to tell the people on the other side that you are not firing enough shots. That is what it means at the end of the day. I think by now truly, Gulak has no business in the villa anymore. But since it is not our duty to employ the President's aides, it is not our duty to sack his aides either. By now I think he ought to know what to do with his aides who are putting him on a collision course with the National Assembly. They certainly can't be described as good and helpful aides. I also believe that two wrongs can make a right. We must let the aides know we will not join the same bandwagon with them. We will not join issues with aides because truly that will belittle this institution. My aides and the aides from the Speakers’ office made a response but because the statement of Gulak came after, that is why we are taking this now. If the principal has to be happy with them, he has to be happy with them if they do their work."

In line with the statement of Gulak, the Deputy Senate President, Ike Ekweremadu canvassed that the Senate should henceforth veto bills not assented to by the President.

Sen. Dahiru Kuta however pointed out that the position of political adviser to the president does not require a qualification.