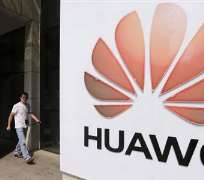 The U.S. House of Representatives' Intelligence Committee urged American companies on Monday to stop doing business with Huawei Technologies Co Ltd and ZTE Corp., warning that China could use equipment made by the companies to spy on certain communications and threaten vital systems through computerized links.

"This report by the relevant committee of the U.S. Congress, based on subjective suspicions, no solid foundation and on the grounds of national security, has made groundless accusations against China," Shen Danyang, a spokesman for China's Commerce Ministry, said in a statement on the ministry's website.

The U.S. recommendation would exclude Chinese businesses from carrying out their normal operations in the United States and participating in fair competition, Shen said.

"The Chinese side expresses its serious concern and strong opposition," he said.

The urging by the U.S. congressional committee comes at a very sensitive time for U.S.-China relations, ahead of the U.S. presidential and congressional elections and a transition of power to a new leadership in China. It has raised fears of retaliation by China.

The statement from the ministry came a day after the Foreign Ministry said that Huawei and ZTE operated according to market rules. Both companies have denied the allegations in the report.

The congressional report violates the rules of the free market espoused by the United States, Shen said, adding that it was not conducive to cooperation between China and the United States.

"I hope the United States will abandon the practice of discrimination against Chinese companies, act on the open principles of cooperation to earnestly create a fair and equitable market environment for the businesses of the two countries, and promote the smooth development of Sino-U.S. bilateral economic and trade cooperation," Shen said.