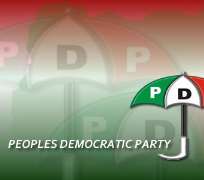 SAN FRANCISCO, October 03, (THEWILL) – The Peoples Democratic Party (PDP) has cancelled the local government primaries in Adamawa State, saying the state chapter failed to obtain clearance from the national leadership of the party, as stipulated by its constitution.

In a statement released on Wednesday by Chief Olisa Metuh, its national publicity secretary, PDP’s National Working Committee (NWC) directed all the state chapters that none of them has the constitutional powers to conduct any primary and/or congress without express approval of the national leadership.

“Consequently, the NWC has rejected the slated Adamawa State PDP Local Government primaries and directed the state to cease any further action in this regard as it is unconstitutional, unauthorised and therefore unlawful,” a part of the statement read.

It similarly mandated all state organs of the party to “henceforth comply with all the provisions of our constitution in this regard, especially Article 50 (1) of the 2012 Constitution.”