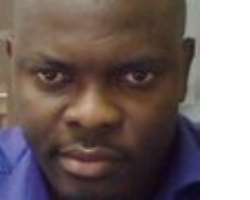 There has been widespread mixed reaction over the ash decision of Brig-Gen. Ishaya Bauka-led tribunal (general court martial), which sat at Owena Barracks in Akure, Ondo State on April 27, 2009.

The over 800 soldiers, drawn from across the country, who were quartered at the Owena Barracks of the 323 Artillery Regiment of the Nigerian Army, had in September 2008 taken to the streets of Akure to protest the non-payment of their full entitlements since they returned from Liberia on peacekeeping mission.

They alleged that instead of the $1,228 the UN approved to be paid to them on monthly basis, authorities of the Nigerian Army were shortchanging them by giving them only $3,000 for the six-month period. Some Army officers who allegedly diverted the funds meant for the payment of the soldiers to another battalion, for yet inexplicable reasons, were in March court martialled and four of them, including the Commanding Officer of 72 Army Battalion, Makurdi, Col. A. A. Awotoye, were convicted for conspiracy and stealing, contrary to Armed Forces Act.

They were also found guilty of negligence of duty and failure to perform their statutory functions as senior officers and consequently sentenced to various punishments, such as demotion, in accordance with the armed forced regulations.

Other officers convicted included Lt. Col. Paul Baba, Maj. Abubakar Shonva, Maj. C. Njoku and Sgt. Yahaya Umar. It was, however, discovered that during the second stage of investigations into the remote causes of the disturbance that some senior officers were indeed culpable in the illegal reduction of the soldiers' allowances and the long delay in settling their payments.

Consequently, four of them- Col. Awotoye, Major Shonva, who was the Deputy Director of Army Finance, Lt. Col. Bala and Major Njoku were arraigned before the court on charges of stealing, cheating and negligence of duty. The difference in the amount that the protesting soldiers were supposed to receive, said to total about $1.054 million, was allegedly misappropriated and diverted to a set of wrong beneficiaries, who pocketed the money without informing the authorities of the wrongful diversion.

Awotoye was said to have collected the amount, despite the fact that soldiers from his command, who were mainly drawn from the 72 Para-Battalion, had earlier ended their call of duty and collected their own allowances.

The disclosure was made in the testimony of the first Prosecution Witness (PW 1), Col. Lasbry Odunwa, the Commander of Second Division Provost and head of Military Police, who told the court that the fact was unveiled when his team was interrogating Baba, who as a director in the Army Finance, should know the whereabouts of the funds.

Baba was said to have admitted his mistakes in crediting the wrong accounts with the money meant for payment of allowances of 850 soldiers who formed the NIBATT 15 contingent. Odunwa described Baba's action as "a mistake of the nature of criminal negligence."

Although Awotoye told the court that he was not aware that he was taking possession of the money wrongly, he was convicted alongside the other three officers and they were all demoted by a rank.

Since the missing allowance had been traced and the perpetrators of the fraud that led to the protest ascertained, one would have expected that the matter would be resolved in favour of the accused soldiers.

But rather, the court went ahead to try only 28 of the soldiers it considered ringleaders of the protest, even when some of them claimed to be innocent, for "the most grievous offence any soldier could commit in the Army."

The general court martial, despite acknowledging that the 27 soldiers it finally convicted were first offenders and commending their "good record" and "no record of disciplinary cases" as presented before it, went ahead to sentence them to life imprisonment.

One can go on and on over this disturbing issue, but what is important however, is the fate of the soldiers who have been treated as common criminals while protesting over what is legitimately due to them. After months in detention without trial, the soldiers had approached an Akure High Court to enforce their fundamental rights, which granted them bail. But the Army authorities refused to let them go, making the court presided over by Justice Akintan Osadebey upbraid the Army during a sitting in September 2008.

This sheer irony melted on the soldiers is quite pathetic; after giving their service to their fatherland as members of the 850-man 15th Battalion (NIBATT 15) of the United Nations (UN) and Economic Commission of West African States (ECOWAS)-organized peacekeeping mission in Liberia, they had probably returned to the country with high hopes of being recognized as heroes, or to have gotten elevated to the echelons of their military career, but reverse has been the case.

I am not a legal practitioner, but with my little knowledge of what Section 52 dictates under the armed forces act, I think I can make little clarity; a protest by soldiers whether in the barracks or outside the barracks is not mutiny. Mutiny can come to play if in the nature of treason; a plot or actual act by soldiers to subvert, not just the military but the country itself. For example, if there is war between Cameroon and Nigeria (God forbid) and Nigerian soldiers conspire with enemy forces in a way that the interest of Nigeria is adversely affected; or any attempt to remove the government of Nigeria is said to be treason. That is why in the Nigeria criminal code act mutiny is grouped along with treason in chapter 56 of the criminal code act.

But we now mistake any protest by soldiers as mutiny whereas section 54 of the armed forces act stipulates that any act of insubordination as took place in Akure. The disobedient to that command is captured by section 54 of the Armed Forces Act which carries a maximum punishment of 2 years imprisonment (disobedient to lawful command). Whereas mutiny which is like treason carries life in prison and that is mutiny of second degree of first degree is death penalty.

I used this opportunity to plead with our able, caring and passionate President, Alhaji Umar Yar'Adua, and other relevant Army chiefs/authorities that the best set of Nigerians who are supposed to enjoy amnesty this time in Nigeria is the Akure 27. The presidency should do everything within its powers to ensure that there is reversal to the plight of these ill-fated soldiers who are meant to remain in jail indefinitely.