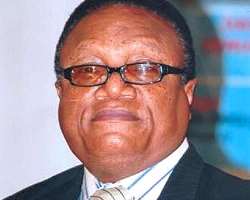 SAN FRANCISCO, September 30, (THEWILL) - Delta State Commissioner for Higher Education and a former lecturer at the University of Lagos, Dr. Hope Eghagha was kidnapped on Sunday morning along the Agbor/Abraka Road, between Agbor and Abavo by unknown gunmen.

Delta State Police Command Spokesman, Mr. Muka told THEWILL that the Commissioner was trailed by his kidnappers from Warri as he made his way to Asaba, the state capital, presumably to attend Nigeria's 52nd Independence Day celebrations.

Eghagha was thereafter taken away as they fired sporadically into space.

THEWILL understands that the gunmen have not made contact with his family or the state government.