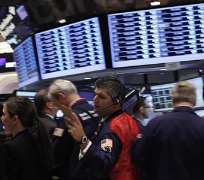 U.S. stocks rose modestly on Tuesday on investor confidence that Federal Reserve stimulus would underpin equities and purchases by money managers wanting to touch up portfolios before the quarter's end.

Capping the market's gains was Dow component Caterpillar Inc (CAT.N), the latest company to cut its profit outlook due to a sluggish global economy.

"Investors know the Fed is behind this market. They are blowing into the sails and they are going to continue to do whatever they need to do," said Tyler Vernon, president and chief investment officer of Biltmore Capital Advisors in Princeton, New Jersey.

San Francisco Fed President John Williams said on Monday he expected the central bank to expand its bond-buying program next year to more aggressively combat the unemployment rate. He also expects the program to end before the close of 2014.

Besides Caterpillar, other companies to cut their finanial views include FedEx Corp (FDX.N), Norfolk Southern (NSC.N) and Tesla Motors (TSLA.O).

"You have really just a lot of ho-hum, a lot of negative news with FedEx and then Caterpillar coming in yesterday, basically flashing big warnings signs," said Vernon.

Analysts said equities were getting a lift from money managers who were engaged in "window dressing," or adding the latest outperforming stocks to their portfolios before the end of the quarter. The S&P 500 has rallied 7.3 percent so far this quarter.

"At the end of the day what you have is institutional investors, mutual funds, taking any dips as opportunities to dress the windows a bit before the end of the quarter," Vernon said.

Caterpillar, the heavy machinery maker, cut its 2015 profit outlook, warning that weaker commodity prices would result in a bigger-than-expected decline in demand.

Equities have rallied in recent months on expectations of stimulus from central banks around the world, and announcements of easing earlier this month from the Federal Reserve and European Central Bank have kept the S&P 500 near multi-year highs despite some weak economic data.

The S&P 500's gain for the quarter has been largely tied to central banks' actions to stimulate their economies. After those gains, the benchmark S&P index has largely stalled just above the 1,450 support level in the absence of a catalyst for a further advance.

In economic news, U.S. consumer confidence jumped to its highest in seven months in September, the Conference Board said.

In addition, two separate reports showed home prices rose for another month in July, though the gains were not as strong as the previous month. The PHLX housing sector index .HGX advanced 0.8 percent.