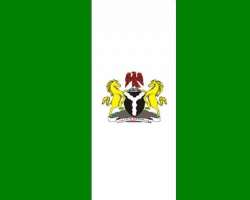 By Cawike Chibuzo.C
Why should an average Nigerian aspire to excel in a vocation other than working for pittance? Why are we even suggesting that in addition to going through school and searching for a plum job, a young man or woman should exert energy on how to make a contribution towards a Nigeria where the private sector will increasingly drive our wheel of development?

Underlying the common cliché 'he whom much is given, much is expected' is a profound truth, considering the fact that every gift goes with a level of responsibility, lest it becomes a curse.

One of the easiest gifts to give someone is money, but it has been proven time and time again that so many people have been destroyed by receiving so much money than they are capable of putting to responsible use. Some of the worst cases of destructive gifts are found among extravagant children of the affluent, who inherit their parents' wealth, with little or no training or a discipline in financial management.

Thomas J. Stanley and William D. Danko, in their book 'The Millionaire Next Door', researched the above mentioned phenomena in the course of their extensive research on the secrets of America's wealthy, and answered the question, 'what is the effect of cash gifts that are knowingly earmarked for consumption and the propping up of a certain lifestyle?, Thus, 'we find that the giving of such gifts is the single most significant factor that explains lack of productivity among the adult children of the affluent. According to them “All too often such temporary gifts affect the recipients psyche”. They went on to point out that 'cash gifts earmarked for consumption dampens one's initiative and productivity.

Just like the extravagant children of the wealthy mentioned above lack initiative because of their easy access to cash, we have allowed our monumental human and material resources overwhelm us so much, that they are fast turning to curses.

Countries like China, India, Russia and even the United States of America are excelling, largely because of their large pool of developed human resource, while we are retrogressing mostly as a result of the neglect of our large pool of human resource. As these other countries in Nigeria's league are harvesting the seed they sowed in the life of their youth with their exploits in the information and communication technology; science and technology; sports and business, Nigeria is reaping the neglect of our youths in the form of rise in social vices including armed robbery and kidnapping or rather 'mennapping'.

Talking about his abductors recently, after his release, popular Nollywood Actor Pete Edochie commended the young men for their grasp of the socio-political condition of our great nation and said that they expressed great displeasure on how our politicians are looting the nation's treasury, just as they flaunt their ill gotten wealth, in the midst of pervasive poverty.

Our descent to the present situation did not happen overnight, therefore getting our young men and women to become part of the solution rather than the problem will not take a sudden flight, but will take baby steps in the right direction; this we must do. Because we are so blessed with human resource, we must take our rightful place in the comity of nations come 2025.

Between now and year 2025, our politicians and indeed government might not be able to get their acts together from all indications. The wrong people might still be in government, except a revolution takes place like in Ghana. The danger with a revolution however is that it is an ill wind that blows no body any good.

As we gradually approach 2025 however, there is a silver living in the sky for the discerning eye, as a lot of young men and women are suddenly living with the consciousness that the future of Nigeria does not lie in the hand of government, but in the hands of the youth, who will dare to make a difference.

Whenever the time for an idea comes, nothing, not even ignorance can stand in its way. The time for entrepreneurship as a driving wheel for our economy has come. You must prepare to join the train before it leaves the station, or steer clear of the railway tracks.

Are you ready?
[email protected]