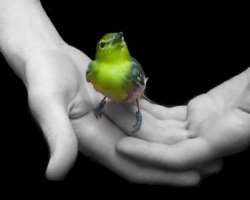 By Isa Abdulsalami, Jos
ANOTHER chapter in the Federal Government's rapprochement with insurgents fighting for resource control and greater autonomy in Nigeria's oil producing areas was opened yesterday with the discharge of the leader of the Movement for the Emancipation of the Niger Delta (MEND), Mr. Henry Okah, by the Federal High Court sitting in Jos.

The militants' leader, dressed in a striped T-shirt on a blue jeans and a pair of canvass to match, immediately saluted the journalists in particular and all Nigerians in general for his freedom.

He is believed to have immediately sought the government's assistance over his reported failing health, a request the Federal Government is said to have granted. At his request also, a formidable security protection was built around him.

He was indeed taken in a long convoy of vehicles to Abuja where he was scheduled to meet with the Amnesty Committee Chairman, Godwin Abbe, who is also Minister of the Interior, last night.

Okah may later meet with President Umaru Musa Yar'Adua after Attorney-General, Michael Aondoakaa, might have briefed the President on the outcome of what was code-named "Mission to Jos."

His discharge yesterday followed the Nolle Prosequi entered by the Federal Attorney-General and Justice Minister, Michael Aondoakaa, which was informed by the general amnesty granted by President Umaru Musa Yar'Adua to all the Niger Delta militants.

But Okah's counsel, Mr. Femi Falana, and Mr. Wilson Ajuwa, said that they would have preferred Section 175 (a) of the 1999 Constitution, which provides for prerogative of mercy to be applied. They, however, said they were happy that the accused had been freed.

Okah was initially facing a 62-count charge, including gun-running, incitement of soldiers to riot, treason, conspiracy, among others but the charges were recently reduced to three.

The journey to freedom yesterday started when the case was mentioned and, expectedly, the Federal Attorney-General and six other lawyers announced appearance for the government while Falana and Ajuwa represented Okah.

Aondoakaa opened the argument, saying that the Federal Government had taken steps to grant unconditional amnesty covering everybody involved in the Niger Delta rebellion region, a gesture which had also been extended to the accused.

The attorney-general then declared: "Therefore, by the powers conferred on me by virtue of Section 174 of the 1999 Constitution, I, Mike Aondoakaa, the Honourable Attorney-General of the Federation, under hand, hereby enter a nolle prosequi in the case. And to show the genuineness and sincerity of our action, I have shown a copy of the document to the defence."

At this juncture, Falana told the court that the Attorney-General had indeed given them a copy of the nolle prosequi. He said that the prerogative of mercy called amnesty could have been better captured under Section 175 (a) of the said constitution. But the justice minister responded quickly by saying that the case was automatically terminated.

Falana expressed fears that the proclamation of the President on amnesty, which was extended to his client, could be revived because the attorney-general did not use the word 'prerogative of mercy' if actually he was ready to terminate the case, especially as the word 'amnesty' does not exist in the constitution.

"I want the matter to the dismissed," he said.
The attorney-general however, told Falana that he had exercised his powers as granted by the constitution, and that what he was driving at was a mere political consideration.

"Let us leave the matter like that. I am a man of honour. I have given you guarantee that unless he breaches the agreement, Okah cannot come back to the court," Aondoakaa added.

Having listened to the arguments on both sides, the Judge, Mr. Justice Mohammed Liman, said Section 174 (a) was a power within the minister's reach.

He ruled: "Once a nolle prosequi is entered, that is the end of the case. I am bound by this. The case has ended. That prerogative of mercy is outside the power of the President alone. Prerogative of mercy is exercised when an accused person has been convicted. It must be related to conviction. On the whole, this proceeding is terminated. I order the accused to be discharged and he is accordingly discharged."

Speaking with journalists later, Aondoakaa said his job was to carry out the President's wish, and that Okah had accepted to work with government unconditionally to restore peace in the area.

He said whatever technicality was attached, the bottomline was that the parties and Okah had agreed and reached an amicable solution.

Speaking also as a free man, Okah thanked the journalists for fighting for his cause as every other Nigerian.

Also speaking, one of the defence lawyers, Ajuwa, expressed thanks to God for all that happened. He said his client had a kidney problem and needed to be taken out as soon as possible for treatment. He said what was important was that Okah had been discharged and the case terminated.

When Okah's counsel complained of his kidney ailment at the last adjourned date, Justice Liman had ordered that he be treated before the next adjourned date of hearing, that is July 17, adding that if this was not obeyed, he would release him to the parents to go abroad to treat him with a written agreement to bring him for trial later. Of course, the amnesty deal then came and yesterday's end of the case.

Last night, Okah was reportedly at a meeting with Amnesty Committee Chairman, Gen. Godwin Abbe ( rtd), who is also Minister of the Interior, at Area 1, Abuja. One of his lawyers, Femi Falana, was also in attendance.