Sailors and Marines Wrap Up APS Visit in Benin 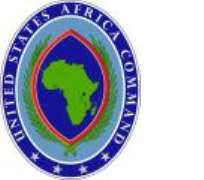 "This was a once in a lifetime event for everyone involved," said Lieutenant Commander Rommel Flores, medical team officer-in-charge. "As we wind down on this deployment, we're focused on making sure our visit had an impact for the health professionals here in Benin and the people with whom we interacted."

The medical and training events allowed for a variety of Beninois citizens to interact with navy personnel and for U.S. service members to take time to work with the local members of the armed services.

"It's a chance to share a smile and make them feel comfortable," said Petty Officer 1st Class Caryl Nelson. "An event like this helps you understand the culture as you work closely with different people. For the junior guys, this helps you develop as a sailor because you bond with people and realize that the military here wants to work with us as much as we want to work with them."

APS is an international security cooperation initiative aimed at strengthening global maritime partnerships through training and collaborative activities to improve maritime safety and security in Africa.