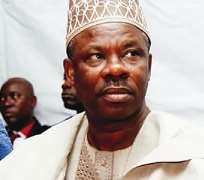 “Rough waters are truer test of leadership. In calm water every ship has a good captain”—Swedish Proverb.

Ogun State Governor, Senator Ibikunle Amosun, has again unveiled another financial masterstroke that promises to transform the infrastructure landscape of the state. The parlous financial position of his state compelled him come up with a novel idea that will enable him use other people’s money to develop his state.

He introduced an innovative financial system that would see well-placed construction companies undertake the construction of developmental infrastructure, especially roads, for the state on credit to be paid instalmentally later. The arrangement is a Public-Private Partnership(PPP) scheme.

The payment plan, which is a direct fallout of the confidence he has instilled in the state’s financial system would come in form of ‘promisory note’ (or Treasury bill) arrangement. The idea is akin to the popular ‘hire-purchase’ arrangement that commercial drivers enter into with auto-dealers whereby a vehicle would be released to commercial drivers on credit and the money for the vehicle is paid over a period of time.

However, unlike in the case of the normal ‘hire-purchase’ arrangement where the auto dealer keeps a copy of the vehicle key and is at liberty to confiscate the bus if the driver defaults in the payment, the companies in this arrangement will not be able to do that hence the need for a law, making it mandatory for the state government to stick with the payment agreement no matter what whether there is a change in government or not.

This arrangement can also be likened to a situation where a worker buys a 32’’ LG Television set from his cooperative society on credit with a promise that payment be deducted from his monthly salary over a period of time.

To allay possible fears of any default in the re-payment schedule, Senator Amosun has sent a bill to the State House of Assembly asking for the enactment of a law establishing a ‘sinking fund’-a pool of funds dedicated for a specific purpose- in the financial firmament of the state.

The proposed law also seeks to set up a legal framework which must be adhered to whenever the government wants to access any loan in the state. The law would serve as an instrument for enforcing fiscal and financial discipline.

The bill titled “A bill for a law to provide for the raising of loans through issuance of bonds, (treasury) notes and other securities, and for connected purposes,” spells out the steps and procedures to be taken by the government whenever it wants to access any loan,a sort of regulatory framework for taking loans. The bill also seeks the establishment of a ‘sinking fund’ by the state government. The ‘sinking fund’ will be made up of 15 percent of all Internally Generated Revenue (IGR) of the state and must be dedicated to the repayment for projects executed under the ‘promisory note’ arrangement.

Interestingly, the ‘promisory note’ initiative presents the people of Ogun State with a ‘Win-Win situation’. It ensures that situations where funds meant for projects are diverted becomes a thing of the past, and ensures that the people will enjoy the infrastructure before the state will start paying for it. The law would equally serve as bulwark against the diversion of developmental funds.

This novel idea would at least ensure that the people of Ogun State can always see what their money is spent on.

The State Commissioner for Finance, Mrs. Kemi Adeosun, at a recent media briefing, dismissed insinuations that the Bill sent to the legislature was to facilitate the state access to Bond. She explained, ‘it is like people in Ogun State are fixated with bond. But the bill we sent to the Assembly is not to ask for approval to take bond. Yes, Bond is good as a long term financial instrument, but we are not going for Bond. That is not our intention. The finances of Ogun cannot sustain a Bond presently. Our debt portfolio is high and our IGR is low. We inherited a debt profile of N87billion in 2011 and as at today we have reduced it to about N60billion; but our IGR is still very low and all these would be taken into consideration when they want to calculate the amount you can take as Bond.

“Again, the process that would lead to a Bond is long and might not materialize until the final year of the administration”, the commissioner noted. She added the process of accessing a Bond “include applying and getting approval from the Securities and Exchange Commission (SEC), the Nigerian Stock Exchange (NSE), appointment of a legal team, financial advisers, trustees as well as the consent of the Federal Ministry of Finance, all these after we must have secured the approval of the state House of Assembly on the move.

“With a Bond, you have to issue what is called Irrevocable Standing Payment Order (ISPO). With an ISPO, your allocation won’t come to you intact again. The debt would be deducted directly from Abuja. Before the allocation gets to you, the Federal Ministry of Finance deducts at source.

“We are not running away from accessing a bond.We are not scared of the approval process either but we simply don’t think that a bond is the only option at the moment. We don’t think it is an appropriate and viable option for now. But with this ‘promisory note ‘arrangement, no ISPO is needed.All we need is the goodwill, a Memorandum of Understanding and a firm commitment from the government in the mould of this law we seek from the House of Assembly,” the commissioner stated.

This novel idea promises to fast-track development across the three senatorial districts of the state as no fewer than six companies are already on standby to construct 10 roads for the benefit of the people. With the arrangement, the people of the state can practically eat their cake and still have it!