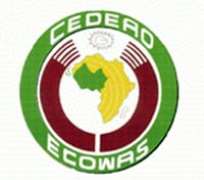 .
The political crises in Guinea, Guinea Bissau and Niger and the impact of the global financial crisis are among the key issues being deliberated upon as leaders of ECOWAS member states gather in Nigeria's capital, Abuja, Monday (22June) for their mid-year summit.

The one-day, 36th summit of the Heads of State and Government of ECOWAS was expected to approve the expansion to five bands of the tariff regime for West Africa, which will see the Common External Tariff (CET) for the region increase from the four band approved by the leaders in January 2006 to include a fifth band of 35 per cent for certain c ategories of goods.

The new regime is part of the process of harmonizing the CET structure in West Africa, in the build-up to the creation of a common market. Under the 2006 structure, member states were required to maintain a four-band tariff regime of between 0 per cent and 20 per cent for goods imported into the region from non-ECOWAS member states.

The mid-year summit would also approve the regional Labour and Employment Policy and Plan of Action. The policy revolves around seven core issues, including the labour and employment vision for the region, the scope of its app lication, objectives, guiding principles, framework for its operationalization, a reas of intervention and process of implementation.

It will also consider the report of the 62nd session of the Council of Ministers that ended in Abuja on 27 May 2009 and which discussed the issues of the negotiation of the Economic Partnership Agreement (EPA) between ECOWAS an d the European Union, the harmonization of the Value Added Tax (VAT) legislation in member states and another on the guiding principles and pol icies for the mining sector.

They will also discuss the impact of the global economic and financial crises on the region and give directives on measures to mitigate its effects on the economies of member states, and consider the 2009 interim report of the President of the Comm ission, Dr Mohamed Ibn Chambas, which provides a synopsis of the various activities and programmes of the ECOWAS Commission and institutions of the Community.

A special ECOWAS-Spain summit, to be attended by the Prime Minister of Spain, Mr. Jose Zapatero, is also being held on the sidelines of the regional summit.