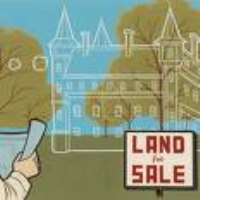 El-Rufai's administration was alleged to have allocated 1,270 plots of land to some of his allies and friends between 17th and 28th May 2007 after the dissolution of the Federal Executive Council (FEC) on 16th May 2007.

The administration also referred 105 cases of land forgery to the Economic and Financial Crimes Commission (EFCC) out of the 1,250 forged land certificates during the period under review.

Abdullahi Zuru, special assistant to the FCT Minister on Media and Public Affairs who gave the hint while briefing on the decision taken by the FCT Executive Committee meeting explained that the decision was taken in line with the directive given by the leadership of the Senate.

Zuru explained that all the beneficiaries of the revoked plots of land have already been served with notice by the Department of land administration.

He said “The issue is not about land taken from Peter and given to Paul. The Senate was of the opinion that he (el-Rufai) gave out certificates to people without official approval when FEC has been dissolved. So out of these lands, 700 of them have been revoked.

“The Minister had on resumption of duty directed relevant agencies to compile files on all forged documents on land allocation by the past administration.”

While responding to questions on the some of the plots of land returned by the Aliyu Modibbo administration, Diran Onifade, special Assistant to the Minister on Media explained that all the lands have been returned to their original owners.

He added that the administration is still working on the report sent by the Senate on the FCT land matters, stressing that “the report of the Senate came to us as a package, it contains a means of all manners of things.”