9ice/Toni Payne Latest: Being a single mom is hard, my son is now my focus—Toni Payne 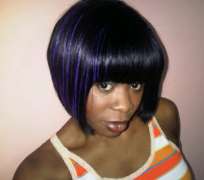 Some days ago, there were reports about 9ice claiming he has moved on from his reported marriage crash but stated that he would not remarry. Days after the report, Toni Payne took to twitter to disclose what her focus is; raising her only child from her marriage with singer.

In her words; “being a single mom is hard, I have taken it in stride. My focus isn't the challenges, but raising a child who is proud to have been raised by me.”

Both 9ice and his estranged wife, Toni Payne have been separated from each other for over a year now. Though it had been reported in some sections of the media that there is an imminent comeback between them, but that has not yet manifested. The duo produced a child, Zion from their marriage.