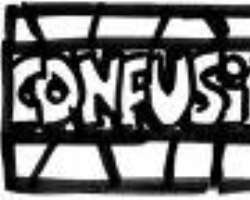 Legal fireworks resume today at the Supreme Court as 20 states are now demanding the refund of a total sum of N2.2 trillion from the Federal Government being monies illegally deducted from them from the Federation Account.

(Economic Confidential), reports that the states want a refund of the amount which ought to have accrued to the Federation Account between 2004 and 2007.

As at January 2009 when there were 14 states, the total figure for refund was N1.45 trillion which was also an increase from the initial N1.1 trillion last year when the legal battle began.

The aggrieved States had in January 2009, agreed to step down the prosecution of the cases before the Supreme Court for a period of three months following overtures by the Federal Government to have the cases settled out of Court.

Sources close to the negotiations within the Committee set up by the Vice-President, which is headed by Finance Minister, Mansur Mukthar, revealed that the aggrieved States had become concerned that six months after agreeing to step down the prosecution of their cases and despite the fact that within the Committee, consensus in favour of the position of the States had been reached on a number of the key issues raised by the States, the Federal Government is yet to take any definitive steps to properly document the agreement on the issues on which consensus has been reached and to chart a way forward for reaching settlement on outstanding issues.

Our source further revealed that the States have sadly come to the conclusion that the settlement overture of the Federal Government may be no more than an elaborate and carefully orchestrated ploy to delay the prosecution of the cases of the aggrieved States before the Supreme Court.C. Economic Confidential