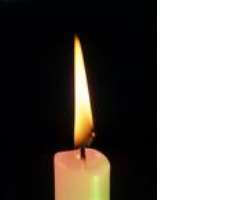 It is always very easy to curse the darkness, and in a country like Nigeria, there are many 'darknesses' to curse, and an average Nigerian is a professional darkness cursers, including me. If anyone dared to float a 'National Association of Darkness cursers', I am sure 99% of the readers of this piece and up to 90% of Nigerians will be eligible to enter.

As we countdown to year 2025 however, members are needed for the 'Nigerian Association of candle lighters'. The only criterion for membership is the ability to do something positive, particularly after complaining or finding fault. If you accept this membership offer, then when you read an article written by a Nigerian who is proffering a solution to a national problem for instance, you are free to judge the syntax and semantics of the write up, but if you realize the essay has a failure mark, rather than condemning the writer for mediocrity, you will be required to write a better essay.

As a member, you should not be afraid to do small things, or to take the first step towards big things. Every great achievement was a result of the correction from mediocre acts. Someone did something which was not great, and then either him or some other person looked at that thing and corrected the mistakes made in the first place.

One secret of giant corporations like Microsoft is the use of 1st edition, 2nd edition, 2000 version, 2008 version etc. The second edition is always going to be better than the 1st edition. By the time it gets to the 10th edition, you will find it difficult to relate the 1st and 10th editions.

If you enter a room full of darkness, the least you can do is strike a match and light a candle. In a world where electrical power can now be generated through various means like solar, bio-gas, water (turbine), batteries et al, lighting a candle can be associated with backward thinking, but it is infinitely better than cursing the darkness, and the person who lights a candle in the dark room is more likely to generate light in that room through a more refined means, than the one who curses the darkness.

Some decades ago, any product associated with Asia , was automatically classified as fake. In those days rather than saying that the quality of a product is suspect, you only need to say that the product is Taiwan , and the message would have been passed. Apart from Japan then, Taiwan was the next industrial city of the Asian Tigers, and they were gradually evolving into a major powerful block, but the average Nigerian was just making jest of their industry, rather than taking cue from them. At that time, even the United States was able to engineer a boycott of the Chinese economy citing the violation of human rights in the largely communist country. Today, China has arrived and the United States cannot compete favourably with them anymore in production, rather every American company of note has a factory in China .

What happened? The average Chinese decided to produce something, rather than waiting for the government to create jobs for them. An individual Chinese will get an idea of producing a 'junk' product, his family and friends will rally round him and provide the finance and labour, before you know it, a market will spring up in a part of this our global village for the 'junk' product. That way, jobs are created for a number of Chinese citizens.

As a member of the Nigerian Association of candle lighters, rather than cursing the government for the bad roads, the incessant power failures, long fuel queues, low standard of education, you can look around you and take up the challenge of a little problem in your community with the little tools you have in your hand. If you keep solving that problem from now till 2025, you will get so good at it that people will give you all the money you need to take care of yourself and government will be forced to tar the road to that community, better still you can tar the road to that community out of the cash and goodwill that proceeds from that solution.

Myles Munroe in one of his books said that in one of his trips to honour a speaking engagement in one of the Asian countries, someone asked him, why is it that anywhere an average black man finds himself, he is always saying 'I beg to apply'? But the Asians on the other hand look for a small thing to sell to other. In Jos Plateau State , one Asian entered unnoticed less than 7 years ago, and established a confectioneries outlet 'OASIS' today, there are up to six branches of the outlet in a town where Nigerians tell you 'there is no money'.

As we count down to 2025, we need young Nigerians that will dare to create jobs for others.