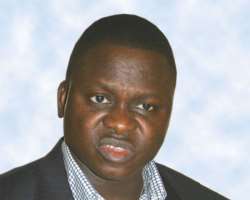 When President Umaru Yar'Adua appointed the former Managing Director of the Niger Delta Development Commission (NDDC), Mr. Timi Alaibe, as Honorary Special Adviser to the President on Niger Delta Affairs, some critics were winding sentiments over the decision, but now Nigerians are fully convinced that the President took the rightful step.

Alaibe's primary assignment was to work with the Presidential Committee on Amnesty and Disarmament of Militants in the Niger Delta to ensure that its overall objectives are speedily achieved in line with President Yar'Adua administration's agenda for peace, stability and rapid socio-economic development in the region.

Alaibe however reports directly to the President and also serves as Special Presidential Negotiator on the Amnesty process. He has put the immense goodwill which he enjoys among stakeholders in the region to good use in driving the amnesty and disarmament process forward to a positive conclusion within a specified period.

Without mincing words his intellectual capacity and distinct values made the amnesty offer a success in the troubled Niger Delta region, a region that has been known for arms struggle and unhealthy restiveness among other unprintable vices.

Alaibe hails from Bayelsa State and was the third MD of the NDDC, succeeding Hon. Emmanuel Agwariawvodo, the commission's second MD, from Delta State; while Engr. Godwin Omene from Delta state was the first to occupy the office, following the establishment of the commission in 2000.

Prior to his appointment as Managing Director, Mr. Alaibe worked in the banking industry. He served as Vice President of Cosmopolitan Bancshares in 1994, and later as General Manager, Corporate Banking and Investment at Societe Generale Bank (Nig.) Ltd.

As NDDC helmsman, it is on record that he has been instrumental to the healthy financial and administrative regimen of the Commission, in a charged socio-political environment where the mandate of the Commission faces a dire prospect of being easily overwhelmed by political exigencies and social pressures.

A major part of the success of the NDDC in addressing the daunting neglect of the Niger Delta region, as well as in reducing the agitation and violence prevalent in the region before the establishment of the NDDC, lies in Timi's great compassion, brilliance, foresight, natural problem-solving and people-savvy skills.

Moreover, in line with the vision of former president Olusegun Obasanjo, Mr. Alaibe ambidextrously helped to enthrone a culture of enduring achievement for the NDDC. Along with his colleagues on the Board and Management of the NDDC, he successfully set in motion, a coordinated response mechanism to the short-term and long-term challenges of the Niger Delta, comprising as key ingredients, an integrated regional development Master Plan, interim action plan for key projects in the states, as well as skill acquisition programmes and a re-orientation and empowerment of youths.

Timi Alaibe has thus become peace advocate, catalyst for change, friend of the oppressed, conduit for development, and symbol of hope and inspiration for the indigent yet hopeful Niger Delta people. It is perhaps as measure of, and a testimony to, his competence and commitment to excellence that he has been appointed the Acting Managing Director and Chief Executive Officer of the Commission. Despite the recent death of his caring and loving wife (late Mrs. Alaere Alaibe), he still did not deter from pursuing his lofty vision in the interest of Niger Delta people, and ultimately to promoting Nigeria's image.

The meritorious and indelible achievements and successes of Timi Alaibe are enormous, no doubt he is among those worthy Nigerian ambassadors that can be used as a veritable instrument to championing the Nigeria popular slogan ''Good People Great Nation''.

[email protected]
+2348023660770
Emmanuel Ajibulu is a representative of modernghana.com in Nigeria