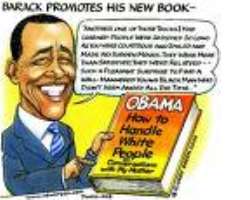 By John Danfulani
US State Department announced that, Ghana will play host to President Barak Hussain Obama in July. That the hybrid President will be in land of Shantis, Fantis, Ewes, and Hausa-Fulanis, on a state visit. Reasons advanced for the shuttle were mere diplomatic tongue twisting and convoluted niceties. Nevertheless, the state department cited democracy and good governance as the spirit that precipitated the schedule.

What a minute, of all the Middle East and African countries he will be visiting, how many have democratic credentials and practice it according to American specification? He will visit Saudi Arabia today (not on pilgrimage) and Egypt tomorrow, are these visitations also flare up by democracy and good governance? US refused bestowing decision of majority of Palestinians desired respectability, by not recognizing Hamas' electoral victory in west Bank, Gaza, and other areas within their jurisdiction. Instead, nefarious sanctions were slammed on them by America, UK and the Zionist for choosing their leaders in a peaceful and democratic serenity.

\
Still, is US not romancing with; Kagame, butcher of the Great Lakes; Museveni, the no party democrat who labeled and arrested opposition leader a night before elections; Gaddaffi, the King of Kings and the prodigal son? Are these countries democratic in tandem with western understanding of the word? Or, in what fanatical Christian brothers called 'in truth and in spirit'? Why are they mute on happenings in Niger, Madagascar etc where democratic rituals and institutions were toppled and violated?

The reason he is going to Ghana bordered on US role in their last elections, and the long awaited oil in the Central region of Ghana. They miscalculated and supported the former ruling party (NPP), because the ousted regime replicated Obj's dictum of liquidating state heritage. Unfortunately, they lost the elections, by extension their precious investment!

The NDC candidate, the good old Professor John Mills now President, complained bitterly and promised to pay back in equal measures by reviewing those sales and revoking those that do not tally with his nations interest, he went further warning those behind the acts to be ready to account for their actions before the law.

Now, this proposed visit was forced on Obama by US corporate world that are suffering and collapsing like proverbial a pack of cards. Is somebody imagining how I got my information? I do not have access to CIA files, but I witnessed the Ghanaian episode from genesis to revelation. He must be going to say sorry (with his two knees down, but behind cameras) and see whether US companies will have a chance to dip their exploitative hands into Ghana's oil wells.

It is not all states that run foreign policy like a world evangelical outreach like Nigeria. State visits are done with goals attached and those goals are the motivating factors. There is no free meal in politics amongst nations; bills are directly or otherwise paid, in cash or kind.

Big brother Africa (Nigeria) is the only country that project forces to trouble spots without an economic eye on their resources. We went to Liberia, Sierra Leone but allowed their diamond and timber to be exploited by onlookers and those whose blood and money was not spent or split. Small Rwanda, Uganda, Zimbabwe, Burundi are not doing that In DRC.

President Obama cannot visit because there is nothing remaining in Nigeria, their exploitative interests are well defined and protected. We are already a colony freely surrendered to them by Obj and his team of his demographer s, Surveyors, and office boys in America, who parades themselves as World Bank and IMF sharpies. They are looking for a new territory to conquer and add to their growing African Econmic Empire, ours is safely in the kitty, and Ghana is their next target.

US is Lucifer and the most dangerous actor in contemporary world stage, the Pharisees of Jesus time, the Vandals of medieval era, and the Enfant Terrible of former Russia. She is a devil, eating your food with right hand while his left hand is on the trigger under his overall suit. He wastes no time pulling the trigger because he is blood thirty and an unkind guest. If gold coast refuses to take maximum caution of this romantic advance from a double-standard economic tic and vampire, the little success story often narrated, will surely run dry. Nigerians would not want to repeat their 80s phrase; GHANA MUST GO.

One is no governments ally on tactics and strategy in multifaceted grounds. I will equally distance myself those castigating government because US president did excluded Nigeria in his first leg of his visit to West Africa. He told us in one of their fiercest debates with MacCain that his country borrowed over 500 billion Dollars from China to keep up with their energy commitments to oil producing Middle East countries. Then, what can a broke nation like US offer us in this critical moment? Are we sure they have dropped their begging calabash? If the Chinese leader was the one coming to West Africa and shuns us, then there is every reason to worry!

Lest you forget, US congratulated YarAdua when he won elections. This they did, in a crescendo of hue and cry from oppositions who were still filing petitions in Kangaroo Elections Tribunals. The indictment verdict of local and international monitors, including the famous Carter Centre, could not slow down the super-sonic speed of their congratulatory letter. A lot of water must have passed through the bridge of their relationship. We know that, except you are an ungodly leader, your relationship with US will not last. Let me simply put; Yar'Adua is not playing ball, like Aremu of Otta (apologies to uncle TY).

It is my believe that, government be put on its toes because of corrupt nature of, not only by opposition but by all meaningful citizenry. This should be done constructively and with every sense of patriotism. We must know how to distinguish what borders a regime and what borders our supreme national interest especially when it has to do with inter state politics. Americans needs Obama more at home, there are killing problems there. He promised them that “Yes we can”.

Mr. President, solve your Broad and Main Streets qualms in American, pull out your killer from Iraq, liquidate the Talibans in Afghan and Pakistan, and close shop in Guantanamo bay in Cuba. There after, you can go nose around the world; if possible, resume puffing your long missed cigarette.