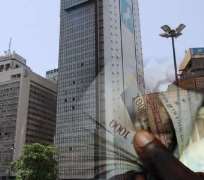 ...Says 80% Of Businesses Pay Bribes
SAN FRANCISCO, August 13, (THEWILL) – The report of a World Bank study (conducted in 26 states) released on Monday has indicated that about 80 per cent of businesses in the country paid bribes to government officials in 2011 to stay in business.

According to the report, World Bank’s 2011 report on investment climate in Nigeria, which was released on Monday, one-third of micro-enterprises agreed that “informal payments/gifts to government officials” were common occurrences, suggesting that registered firms deal more with such requests for bribes.

Only 20 per cent of micro-enterprise firms reported to have had foreknowledge of the amount of money required to “get things done,” a situation that means the informal payments are sudden and unplanned for.

Manufactured goods attracted larger bribes (6.7 per cent) than those for small services (3.9 per cent). However, firms in the formal sector obviously spent more on corruption, as 47 per cent of formal firms claimed that informal gifts/payments were commonplace in comparison to 33 per cent for micro-enterprises.