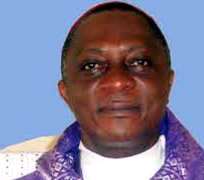 ABUJA, August 05, (THEWILL) - President Goodluck Jonathan has congratulated new Archbishop of the Catholic Arch-Diocese of Lagos, Alfred Adewale Martins who was formally installed on Sunday, following his appointment to the position by Pope Benedict XVI.

The President prayed that God Almighty would grant Archbishop Martins the good health, fortitude, courage and wisdom required to successfully lead the larger laity and clergy of the Catholic Church in the Arch-Diocese of Lagos.

“President Jonathan assures Archbishop Martins that the Federal Government will continue to work with him and other religious leaders to promote religious tolerance, inter-faith harmony and peace in all parts of the country,” the statement further added.

Martins takes over from Okogie, who held the position for 39 years.