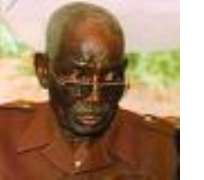 The Enugu State government has inaugurated a committee made up of eminent sons and daughters of the state and other parts of Nigeri to help organize a befitting state burial for the former civilian governor of the old Anambra State , Chief C. C. Onoh, who died on the 5th of this May this year.

The committee comprises a ten-member Central Working Committee with the former governor of the old Anambra State , Senator Jim Nwobodo as chairman, as well as sixteen sub-committees.

The six sub-committees are legislative rites, finance, works and venues, publication and media, ceremonial and protocol, religious rites, legal rites, as well as hotel and accommodation.

Others are events and gallery, entertainment, logistics and transport, contact and relationship, medical, security, programme and planning, as well as uniforms and souvenirs.

Inaugurating the committee, Governor Sullivan Chime said that government selected the members of the committee in consultation with the Onoh family and thanked them for accepting to serve in their various capacities.

Governor Chime also stated that he was in contact with his Anambra and Ebonyi State counterparts on the burial arrangements, saying that they had all indicated interest in being part of the ceremony to give the elder statesmen a befitting state burial.

He advised members of the committee to find time and visit the governors and brief them on their plans and programmes, adding that the state government would give them all the needed logistics support and funds to enable them succeed.

This, he said, should not prevent them from reaching out to friends, well-wishers and associates of the late elder statesman as well as all those whom they felt were ready and willing to assist.

He noted that with the caliber of the members of the committee he had no doubt that they would do the state proud.

Responding, the chairman of the Central Working Committee, Senator Jim Nwobodo thanked Governor Chime for the opportunity given to them to serve the state and assured him that with the cooperation of members and support of government, they would justify the confidence reposed on them by the government and people of the state.

Senator Nwobodo said that by setting up the committee, Governor Chime has laid the foundation of a culture of respect for the living and the dead as well as established respect for elders and those who served the state well.

He pointed out that what Governor Chime is doing in Enugu State has shown that government is an act of doing good and commended him for involving his colleagues in Anambra and Ebonyi States in the burial programme.

Before inaugurating the committee, Governor Chime and members of the committee observed a minute silence for the repose of the soul of the late elderstateman.

Members of the various sub-committees include Senator Uche Chukwumereije,