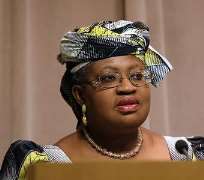 ABUJA, July 25, (THEWILL) - Some real battle is brewing between the executive and the legislative arms of government, following Wednesday's declaration by the Presidency that the September deadline for 100 per cent budget implementation set by the Federal House of Representatives is unrealistic and unachievable.

The House, on its own is still standing by its decision to institute impeachment proceedings against President Goodluck Jonathan if its September deadline is not met.

Speaking with state house correspondents after a four-hour meeting of the Federal Executive Council (FEC) in Abuja, minister of finance and coordinating minister of the economy, Dr. Ngozi Okonjo-Iweala; minister of Information, Labaran Maku; and director-general, Bureau for Public Procurement, Engr. Emeka Eza described budget implementation as a process with a life cycle and not a one-off action.

"First, in my experience worldwide, there is hardly any country where you would implement 100 per cent even by the end of the year and this is based on very broad experience, but people try to get at least to 80 per cent or 90 per cent of the budget done. One hundred per cent by September? Youu know September is the ninth month of the year, so we will definetly be moving. I think the point is that Mr President is determined to implement this budget as fully as possible and therefore we will be moving towards the figure of full implementation as we can by the end of the year, because the budget was made for the whole year," Okonjo-Iweala said.

"So you can see that there is no lack of effort, no lack of goodwill. If we could go from 39 per cent in May to 56 per cent by mid July, that shows a considerable leap and I'm quite confident that as we go month by month, the National Assembly will be able to look at it and say 'yes a good effort has been made for the country.'"

She said there is a pattern of reviewing implementation of the budget with the president, who has been insisting on a meeting to discuss the current situation.

Her words: "We have been working quite collaboratively with the National Assembly on the budget. We have met with the various committees of both the House and the Senate, and we appreciate the cooperation that we have from them in trying to get this budget and also in working to implement it.

"Let me stress that the objective of Mr. President and that of the execuives is very much the same as that of the National Assembly, which is to ensure that there is budget execution in order to deliver on the development programmes for this country. To that effect, we have really been working hard to try and get this done, and I think the proof that the attention the President has been giving to these issues is bearing fruit is the fact that from the review we had last month, where implementation and utilisation of resources was at 39 per cent, we are now at 56 per cent. So we have moved from 39 per cent as at the end of May to 56 per cent as at July 20.

"So I think that is a very good progress and we expect to see continuing progress in that particular area. As you know we have released about N404 billion so far and cashed back N324 billion, and the utilisation of that is 56 per cent. We will soon be considering the release of the third quarter funds; we hope to do that within the next two weeks or so.

"We do face a couple of challenges that we have also been working with the National Assembly on; effectively and quietly we have been working with them on a couple of these challenges. The first is of course many of the constituency projects and new projects put into the budget needs to be designed and to have feasibility studies, because it takes a little bit of time to get those in time before Ministries Department and Administrations (MDAs) can actually begin the process of procurement, which also takes time.

"Second is that there are some moves within the budget. During the time that the budget was considered by the National Assembly at the time, they did move some resources from one category to the other in comparison to what the executives had presented. And we have been working with them quietly and effectively to try to make sure that those resources are moved into areas where ministers can actually implement.

"We hope that the good cooperation we have had with the National Assembly will continue in rectifying some of these moves, which you find in the budget because it will also enable MDAs to implement the budget a bit faster."

"I really think we need to focus on the joint endeavor that we have proper implementation of the budget for the benefit of the Nigerian people and there is absolutely no controversy about that. I'm sure that as the figures of the utilization of budget and implementation are made known and as the National Assembly members get more of this information, the meeting of minds will become even more open.

"Like we shared earlier on, we have been very open and transparent about the information we have, we have shared with them the tables showing where we where in terms of end of May and I'm sure that as they get the information as at July 20, which is 56%, they will see that we are very much working to the same purpose on the same page."