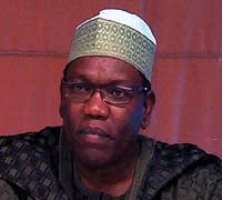 The Police Public Relations Officer, Assistant Commissioner of Police, Emmanuel Ojukwu spoke on the allegations of financial impropriety levelled against the Inspector General of Police, Mike Okiro by the embattled National Coordinator of the Police Equipment Foundation, Chief Kenny Martins.

He further said that since the matter is now before a law court, Chief Kenny Martins should allow the law to take its natural course of justice.

Martins who was arrested at the premises of the Magistrate Court in Abuja after about 7 hours siege by the police, was arraigned yesterday at the Federal High Court on a fresh 4-Count Charge.

Martins pleaded not guilty after the offence was read to him.