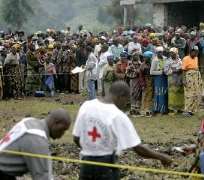 SAN FRANCISCO, July 18, (THEWILL) - Recent attacks in Barkin Ladi and Riyom Local Government councils in Plateau State have resulted in the displacement of more than 5,500 people from a total of 25 villages, the International Committee of the Red Cross (ICRC) and the Nigeria Red Cross (NRC) have said.

The two agencies, in a joint press statement signed by Julia Unger, head of ICRC's office in Jos, revealed that the armed violence and clashes of 7th and 8th July between the mainly livestock-herding Fulani and the farming Berom communities in Riyom and Barkin Ladi, near Jos (Plateau state) caused dozens of casualties and forced more than 5,500 people to flee their homes.

ICRC and NRC are currently providing essential assistance to the displaced people, who have been sheltered by extended families, schools, and community halls.

“This is the fourth of such intervention for victims of inter-community violence in Plateau State since the ICRC opened its new office in Jos in February this year, in collaboration with NRC,” read the statement.

“People left their homes and ran to safety with only the clothes they were wearing. They need everything to survive in this kind of situation. They have urgent needs in terms of food, water and basic household items.”

It added that notwithstanding the curfew imposed in the affected areas to quell further incidences of violence, the security situation remained unpredictable.

“So far, the ICRC has delivered one month's food rations (including rice, beans and cooking oil) along with blankets, buckets, soap and other essential items to over 2,800 displaced people,” the statement further read.

“It has also installed 10 temporary sanitary facilities in places where the displaced persons are hosted, and it is in the process of installing two hand pumps to improve their access to water.”

The relief operation is expected to continue until the coming days or weeks when all displaced persons from the communities would have received the aid they urgently need.