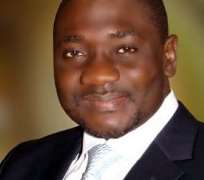 LAGOS, July 18, (THEWILL) - Alhaji Jubrin Isah Echocho, a former executive director of the defunct Afribank Plc and winner of the January 2011 Kogi State Peoples Democratic Party (PDP) has raised an alarm claiming that "the powers that be in the state are after his life for instituting a suit in court to reclaim his mandate."

The politician made the claim in a letter written by his counsel, Mr. Wole Olanipekun SAN and addressed to the Chairman of the Economic and Financial Crimes Commission, EFCC, a copy of which was made available to the media.

Recall that an Abuja-based group had petitioned the Chairman of the EFCC and the Attorney General of the Federation and Minister of Justice seeking to reopen investigation into the financial scams that brought Afribank down and Echocho's role in it. The group in the petitions by their lawyer, Mr. Kayode Ajulo expressed dismay over the EFCC's sudden decision to withdraw charges earlier filed against the politician.

However responding to the petitions, Olanipekun in his letter stated that the EFCC had on November 21,2010 through its counsel, Rotimi Jacobs and the head of its legal department, M.S Hassan informed a Federal High Court sitting in Lagos that the name of the third accused person Echocho be struck out from the charge sheet adding that trial judge, Justice J.T Tsoho had obliged.

He added that Justice O.A Akinlade of the Lagos state High Court had also on June 1, 2011 struck out Echocho's name from the charge sheet when they were re-arraigned.

Olanipekun in a four page letter said," Our client is a politician and a leading member of the PDP in Kogi state. Infact, he contested and won the primary election of the party in 2011 and his name was sent to INEC as the PDP s gubernatorial candidate for Kogi state in April 2011 governorship election, but for the fact that the election did not hold in Kogi state due to the judgment of the Federal High Court, Abuja and the Court of Appeal, Abuja which declared that the term of office of the then governor of Kogi state, Alhaji Idris Ibrahim would not lapse until 2012, but the judgment was later set aside by the Supreme Court.

"Our client has since instituted an action,principally against INEC challenging the purported election of Alhaji Idris Wada as the governor of Kogi state in a purported election held during the pendency of INEC s appeal to the Supreme Court and against the background of the Supreme Court judgement to the effect that contrary to the judgement of the Federal High Court and Court of Appeal, Ibrahim Idris ought and should have vacated office on May 28,2011.

"As a result of the proceedings in court at the instance of our client, the 'the powers that be' in Kogi state have not only been harrassing him to the effect that EFCC should willy nilly prosecute him. Put bluntly,these 'powerful' people have been trying to use a respected commission headed by an equally highly esteemed officer of your status and person to harass, intimidate, molest and persecute our client.

"Fortunately, the EFCC would not bend to their illegal machination and demands. Thus, by a letter dated 23rd April, 2012 signed by Bamanga Bello for the Head of Operations of the EFCC, our client was duly informed that he would be a witness for the EFCC in the prosecution of the accused persons in the Afribank's criminal trial.

"Despite the foregoing,the same set of 'powerful' people keep on continuously and continually harrassing and intimidating our client that unless he withdraws his legitimate action at the Federal High Court, the EFCC has been convinced by them to now prosecute him,anytime from now".

He further urged the commission not to heed calls to reopen investigations into the fall of Afribank with the sole aim of prosecuting Echocho alongside other former executive directors and the ex group managing director, who are already facing charges over their alleged roles.