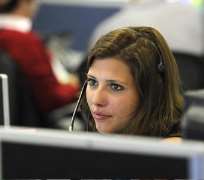 The euro hovered near a two-year low on Monday as the darkening global growth outlook kept risk assets under pressure, and with investors not hopeful of progress on the euro zone debt crisis at a meeting of finance ministers later in the day.

The euro zone finance chiefs will be trying to flesh out plans agreed at a leader's summit last month to help indebted states and banks, but their talks in Brussels may do little more than highlight the limitations of the deal.

"If leaders couldn't agree on details, there's little chance that the finance ministers will reach any further agreement, so anyone betting on another positive surprise might be disappointed," said Kimihiko Tomita, head of foreign exchange for State Street Global Markets in Tokyo.

The FTSEurofirst 300 index .FTEU3 of top European shares was near a one-week low of 1,033.43 points in early trade.

Brent crude climbed toward $99 a barrel as failed labor talks in Norway stoked worries of an output shutdown, while hopes that China would ease monetary policy further after the weak inflation data supported prices.