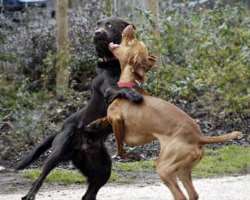 By Tunde Sanni, Ibadan
The Academic Staff Union of Universities (ASUU) is not about to throw in the towel as the association's President, Prof. Ukachukwu Awuzie, yesterday vowed it would rather "die fighting."

Awuzie made the statement while addressing the ASUU local congress of the University of Ibadan.

"It is better to die fighting on our two feet instead of crawling on our knees. It is true this government has instrument of coercion but we know that truth will always prevail," he declared.

The defiant lecturer absolved ASUU of any wrong doing, saying the Federal Government pulled out of negotiations. Government also gave conditions that should be met before returning to negotiations.

He argued that apart from salaries, the striking lecturers have quite a number of issues tabled before the government.

"Our current agitation is beyond upward review of salaries. What we are saying is that the standard of education in our universities should be improved to the extent that our students graduating from these universities are exposed to the most current and better infrastructural materials, which will make them best of the best in the world," stated the lecturer.

Awuzie said the union was willing to return to the classroom on condition that the government team is authorised to negotiate and sign any agreement reached when talks resume.

The ASUU chief insisted that the ongoing strike is for the sake of the Nigerian education system which, he maintained, have fallen beyond world standard.

“Nigeria has the resources to improve our universities. What we lack is the political will. The current struggle is not ASUU struggle alone but the battle for all of us Nigerians to have the best of education for our children. We will succeed in this struggle if the people give us their support.

“There is no way a country can develop without good education. For we at ASUU, what we are saying is that Nigeria should be able to create an environment where every child will have access to the best of education at University level, no matter the status or financial standing of his parents," he observed.

Awuzie said that the “no work, no pay” rule by the government cannot bend the union's resolve. He added that the strike was not for its members but for the future of the nation, the reason why they will not call off the strike until an agreement is reached.

Apparently taking a swipe at the government, he asked where the Central Bank of Nigeria (CBN) got the N420 billon to rescue ailing banks. If the money was made available "overnight, why has the government been unable to fund universities and avert the rot in the system?", he asked.

He explained that the Gamaliel Onosode-led negotiation team wrote a letter on July 10, 2009 to ASUU saying that after reaching an agreement, individual university governing councils were expected to negotiate with its staff union.

But Awuzie argued that Onosode must abide by the principle of collective bargaining and have a mandate to sign an agreement at the end of fresh discussions.

This would prevent a "waste of our time," he said. He further argued that the government team must present all contentious issues at the negotiating table. Advanced copies of those issues should be made available before talks resume to avoid attending a "a jamboree" rather than serious discussions, he said.

"We don't go there to waste our time because we spend the union money and they spend government money. Union money is not in large supply, even if we had it in large supply, it is not prudent to spend it anyhow. So, we want to go straight into business. That is why we said everything can be dispensed with within a week," he declared.