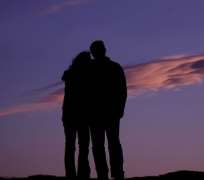 Three poisons to avoid with your dating partner. In this article we want to pinpoint three types of relationship poison. Obviously, there are many ways to sabotage a relationship; take infidelity or physical abuse, for example. But what makes the following three types of venom so destructive is their silence. They tend to work insidiously to destroy a relationship, often without the partners even knowing what is happening.

Self-Pity: Too many relationships have unknowingly missed out on happiness because of self-pity. Whether experienced by one partner or both, self-pity can bleed the joy out of a relationship. One afternoon we pulled into the driveway of some friends, who came from their house to greet us before we even got out of the car. They quickly passed the minimal civilities and burst into a story of self-pity concerning their new pastorate.

"Our church is just awful," Chukwu complained. "They totally misrepresented themselves - we thought the congregation would be well-educated, like us, but its blue collar! The previous pastor didn't do anything to help the church in the transition, and the people just don't appreciate us at all." The rest of the evening was no better. Rick and Jan reeled off one story after another to let us know how terrible their new circumstances were. And when one of them stepped out of the room, the other would tell us how worried he was about her, about how he coveted our prayers for their marriage. Self-pity had poisoned their entire lives. Hard times and bitter personal experiences are a part of every couple's life, and self-pity about those difficulties helps no one. In fact, no one can ever be an effective partner with the added burden of self-pity to cope with. Self-pity is a luxury no happy relationship can afford.

Blame: Ever since Adam blamed Eve and Eve blamed the serpent, couples have employed the trick of finding excuses and shifting responsibility. A great deal of unhappiness in marriage can be traced to a mate's habitual tendency to blame his or her spouse. In many unhappy relationships, one of the partners is a scapegoat who is held responsible for the couple's unhappiness. The other partner sees him or her as the source of their difficulties. In effect, the blaming partner is saying, "You are my problem." But he or she would be hard-pressed to find a counselor who would agree. Professionals know better. They know that unhappiness is never caused by only one person. That's why therapists focus not on who is wrong, but on what is wrong.

If blame is allowed to linger - if couples habitually play the blame game - their happiness quotient is inevitably depleted. Every symptomatic problem in a relationship (apathy, irritation, boredom, anger, depression, etc.) can be traced to a breakdown in personal responsibility. If you are angry, it is not your boyfriend's fault, but your own choice. If you are depressed, it is not because your girlfriend is failing you, but because you have become depressed. The habit of blaming your partner is completely contrary to the principle of taking responsibility for your own attitude.

Resentment: No one is exempt from being treated unfairly. We can all justify the anger we feel about how a situation or a person unfairly complicated our existence. But when we hold on to our disappointment, pain, and anger, we only compound our troubles - for that is when resentment does its deadly work. Resentment is like a cancer on a relationship; at first it is small and imperceptible, but over time it grows larger and spreads its poison throughout the entire relationship. When you ruminate about an injustice done to you, replaying it over and over again in your mind, it will trigger a flood of negative emotions that feed the hurt all the more.

Then comes a succession of confirming incidents to convince you that the object of your resentment is the source of all your unhappiness. There may be periods of remission when your mind is occupied with other challenges, but sooner or later you come back to times of brooding, and the cancer of resentment spreads like wildfire.

Ejiro, 31 and once divorced, came to our office for counseling. We had hardly exchanged introductions when she abruptly poured out some of the most vitriolic words we had heard in a long time. Janice went on to blame her father for every bad experience she had ever had, including her stormy three-year marriage that had ended in divorce. We worked with Ejiro over a few weeks. At one point I said, "Ejiro, I have a feeling that it is easier for you to blame your father and keep your resentment alive than it is for you to forgive him."

Eventually Ejiro did make an honest effort to forgive her father, offering a prayer of forgiveness and taking responsibility for her own actions. She remarried, and although there was no miraculous or instantaneous change, she never went back to blaming her father for her problems. A relationship cannot survive the cancer of resentment. Like self-pity and blame, resentment eats at the human spirit and kills the capacity for joy. But if these toxins are removed, there is no reason a couple can't build a relationship that enjoys an abundance of happiness. The habit of happiness is an inside job. If you find the right attitude in spite of atmospheric conditions, if you program your mind to avoid these three saboteurs, you will discover that living happily ever after need not be a myth.