Humans 'hear' through their skin 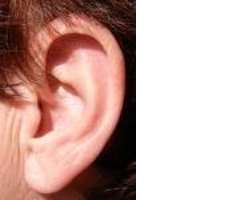 Sensations on the skin play a part in how people hear speech, say Canadian researchers.

A study found that inaudible puffs of air delivered alongside certain sounds influenced what participants thought they were listening to.

Writing in the journal Nature, the team said the findings showed that audio and visual clues were not the only important factors in how people hear.

The findings may lead to better aids for the hard of hearing, experts said.

It is already well known that visual cues from a speaker's face can enhance or interfere with how a person hears what is being said.

In the latest study, researchers at the University of British Columbia in Vancouver wanted to look at whether tactile sensations also affected how sounds are heard.

They compared sounds which when spoken are accompanied by a small inaudible breath of air, such as "pa" and "ta" with sounds which do not such as "ba" and "da".

At the same time, participants were given - or not - a small puff of air to the back of the hand or the neck.

They found that "ba" and "da", known as unaspirated sounds, were heard as the aspirated equivalents, "pa" and "ta", when presented alongside the puff of air.

It suggests that people also use tactile sensory information alongside other cues to decipher what is being said.

This additional knowledge in how a full picture of sound is built up could prove useful in the future development of communication aids for the hearing impaired, the researchers said.

Dr Ralph Holme, director of biomedical research at the deaf and hard of hearing charity, RNID, said: "It is well known that visual cues, like lip reading, can really help people listen to speech if they have a hearing loss.

"However, some consonants such as b and p or t and d have the same lip pattern.

"The possibility that a small puff of air on the skin could help people distinguish between these consonants is fascinating.

Early conversations
"If further research can show the same effect is observed when listening to everyday conversation in the 'real' world, then it could help improve hearing aids."

Dr Deborah James, lead scientist for child and family at National Biomedical Research Unit in Hearing, said the sounds associated with "tiny puffs of air" help young children differentiate between the beginnings and ends of words.

"We are exploring the earliest development of auditory/visual speech perception in very young babies with hearing difficulties - perhaps we should be looking out for how the babies respond to the natural puffs of air that parents produce when they get up close to their baby during their earliest conversations."