WHO IS AFTER FELIX DUKE? 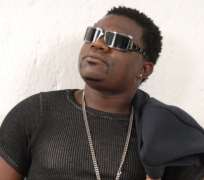 Felix Duke needs little or no introduction. He's one of the dudes infused glamour into the afro hip hop/raga music in Nigeria. Recently, the soft-spoken Benin born entertainer was said to have acquired some second-hand goods otherwise known as Tokunbo in Lagos metropolis. Well, Felix Duke has come out to state that everything he has ever bought in his life has been brand new.

In the report, he was alleged to have bought some goods at kayoed Street, Ogba area of Lagos from a woman called Adesua, our findings have revealed that the Adesua popularly called Princess is her sister who often deals in commodities and other items.

“ Felix was only there to say hello when a reporter saw him with his Benz 250 Coupe to say hello to Princess and the next thing we hear is that he has bought some used TV set and DVD player from the woman. There is no iota of truth in this at all.' One of his friends told www.nollywoodgists.com