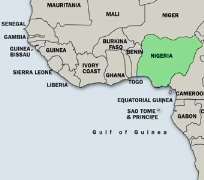 ABUJA, June 07, (THEWILL) – African heads of government have been urged to use the continent’s natural resources for the benefit of the people.

The charge was delivered on Thursday at an advocacy meeting of the Gulf of Guinea Citizens Network by Mrs. Dupe Atoki, chairperson of the African Commission on Human and Peoples’ Rights. She said the time has come for African leaders to turn resource curse into resource blessings.

Atoki lamented that despite availability of abundant resources, citizens of countries in the Gulf of Guinea remain poor.

It will be recalled that in 2001, the government of the eight countries organised themselves into the Gulf of Guinea Commission (GGC) for the purpose of achieving greater cooperation in maximizing the region’s natural resources, defence and security.

The countries are located on the Gulf of Guinea and are dependent on earnings from non-renewable natural resources with which they are abundantly endowed.

“The inability of Nigeria and other countries to lift their people out of poverty is the result of weak institutions and governance, inconsistent fiscal policies, insufficient security and stability at national and regional levels,” she said.

She described Nigeria, sub-Saharan Africa’s largest oil producer, as a classic illustration of the curse of natural resources and the paradox of plenty.

“Rich in proven resources (approximately 30 billion barrels of oil) and having earned an estimated $340 billion over the past 40 years, Nigeria’s oil exports rank only behind Saudi Arabia, Venezuela, Iran and United Arab Emirates,” she observed.

“Yet, oil wealth has done little to change the situation of the poor. More than 70 per cent of Nigerians live on less than one dollar per day, 43 per cent lack sanitation and clean water, and infant mortality is among the highest in the world.”

She argued that the situation in Nigeria is no better than that of other countries in the Gulf, as all the governments are highly dependent on natural resources for income, consequently enthroning poverty, environmental degradation, lack of infrastructure and fundamentally poor governance, deficient budgetary transparency and corruption.

Also speaking at the meeting, chairman of the National Human Rights Commission, Dr. Chidi Odinkalu observed that the eight countries in the Gulf have not been carrying along their activities.

Odinkalu, who is also the Africa programme director of the Open Society Justice Initiative, the sponsors of the meeting, said that the meeting in Abuja was aimed at developing a framework for citizens of the countries to participate in the activities in the Gulf of Guinea.

“Civil Society in the Gulf of Guinea countries has remained largely uninvolved in the policy and institutional developments affecting the region and its governance, despite the fact that the region has become over the same period an area of great strategic and geopolitical significance,” he said.