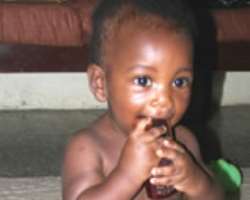 Children whose mothers work are less likely to lead healthy lives than those with "stay at home" mums, a study says.

The Institute of Child Health study of more than 12,500 five-year-olds found those with working mothers less active and more likely to eat unhealthy food.

Other experts said more work was needed to see if the results applied to other age groups. The study is in the Journal of Epidemiology and Child Health.

About 60% of mothers with children aged up to five are estimated to be in work.

Results
The mothers were asked about the hours they worked and their children's diet, exercise levels and sedentary activities.

A third of the mothers had not worked since the birth of their child, but the mothers who were employed were spending an average of 21 hours a week at work.

They took into account factors likely to influence the results, such as the mothers' level of education and socioeconomic circumstances.

They found that five-year-olds whose mothers worked part-time or full-time were more likely to primarily consume sweetened drinks between meals.

They used their computers or watched television for at least two hours a day compared to the children of "stay at home" mums who spent less than two hours on these activities.

They were also more likely to be driven to school compared to the children of "stay at home" mothers who tended to walk or cycle.

The children whose mothers had a flexible working pattern did have healthier lifestyles but when other factors were taken into account the researchers said there was little evidence that these children behaved more healthily.

'Time constraints'
Professor Catherine Law, who led the study said: "For many families the only parent or both parents will be working.

"Time constraints may limit parents' capacity to provide their children with healthy foods and opportunities for physical activity.

"Our results do not imply that mothers should not work.

"Rather they highlight the need for policies and programmes to help support parents."

The same children took part in an earlier study by the Institute of Child Health (ICH) which found that those with working mothers were more likely to be obese or overweight by the age of three.

In the latest study, many of the five-year-olds were engaging in health behaviours likely to promote excess weight gain: 37% were mainly eating crisps and sweets between meals, 41% were consuming sweetened drinks and 61% used the television or a computer at least two hours daily.

'Controversial research'
Glenys Jones, nutritionist with the Medical Research Council Human Nutrition Research, said the study was interesting because of limited research so far on the impact of maternal employment on child health choices.

"More work is needed to take into account factors such as how related health behaviours are affected and if the age of the child alters the relationships observed."

Sally Russell, a spokesman for Netmums, said: "The stress and guilt associated with being a working mum is something we are all too well aware of. This report adds to that guilt.

"With many more mums having no choice but to work these days and with government policy actively encouraging it, it is difficult to know how mums can do better. "

A Department of Health spokesman said: "Our Change4Life movement is already helping over 370,000 families eat well, move more and live longer by helping them to understand the harm that fat and added sugar can cause to children's health, and offering them simple yet effective ways to make changes to their diet and increase their activity levels."