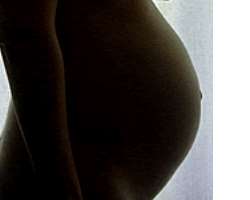 ABOUT five per cent of pregnant women are asthmatic, so this is quite a common problem. Asthma is without a doubt the most common chronic disease of children and young adults. And it's on the increase!

Studies on how asthma changes with pregnancy have found conflicting results.

On the whole it seems that asthma improves with pregnancy, especially into the third trimester. Sometimes the sensation of breathlessness due to the increasing size of the uterus is mistaken for worsening of the asthma. Moreover many women experience worsening of their symptoms, because they reduce or stop their usual medications, fearful of its possible effects, on their unborn child.

Studies in which there has been exact documentation on the severity of the asthma (via peak flow measurement) reveal that asthma does in general improve throughout pregnancy. Similarly, there is a tendency to worsening of the asthma after delivery. The patients who deteriorate during pregnancy tend to be those who have very bad asthma.

Although not completely predictable how it might be for a particular individual, if pregnancy makes your asthma go one way during this time, it is likely to also repeat this pattern in subsequent pregnancies.

What About During Labour?
Asthma is very rarely a problem during labour. If an attack occurs, usual medication should be used. Induction of labour with prostaglandin E2 (hormone gel) is safe; however syntometrine should theoretically be avoided for the 'active third stage'. This contains the drug ergometrine which can cause a severe attack; syntocinon (oxytocin), on other hand, is effective and safe.

If a caesarean is necessary, epidural or spinal is better than a general anaesthetic, to reduce the change of chest infection. If you have taken steroid tablets recently, the doctors may suggest some intravenous steroids to cover labour.

Women who have adequately controlled asthma can be reassured that their pregnancy is unlikely to suffer because of it. Some studies have found that women with very badly controlled asthma are more at risk of early labour and poor growth of the baby. With careful attention to correct medication, however, almost all young women should be able to enjoy an unrestricted lifestyle and normal pregnancy.

The treatment of asthma during pregnancy is little different to other times .There is no evidence that any of the drugs commonly used to treat asthma lead to birth defects or problems throughout pregnancy.

In fact, very little of the inhaled medication even gets into the baby's blood stream. More harm is likely to come from withholding them.

There is no problem with breastfeeding while taking any of the asthma treatments, even steroid tablets.

Culled from the Women's Health Page of The Mirror.


Source: Culled From The Mirror