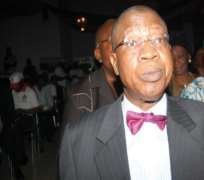 LAGOS, May 31, (THEWILL) - The Action Congress of Nigeria (ACN) has denied the People Democratic Party’s (PDP's) accusation that it masterminded protests by students of the University of Lagos against the federal government's renaming of the institution as Moshood Abiola University (MAU).

The party said that rather than blame opposition for the protests, the ruling PDP should be concerned with how President Goodluck Jonathan’s administration has once again snatched defeat from the jaws of victory by arriving at the right destination through illegal routes.

ACN explained that while it is unnopposed to any action to honour “the most prominent martyr of Nigeria's democracy, Chief Moshood Abiola,” it is opposed to the sectional nature of the honour and the diminished importance of naming a university after prominent personalities, especially someone like Chief Abiola.

“Chief Abiola clearly won a national election, and this has been acknowledged by the government itself. Any honour to be conferred on him must reflect that. While it can be argued that UNILAG is a federal university, the truth remains that it is based in the South-west,” argued a statement issued in Lagos on Thursday by ACN’s national publicity secretary, Alhaji Lai Mohammed.

“Also, in an era in which the establishment of universities has been liberalised, anyone with access to funds can now set up a university and name it after himself or herself. That has definitely eroded the importance attached to naming such institutions after national heroes, including Chief Moshood Abiola, winner of the June 12, 1993 presidential election.”

The opposition party disagreed with insinuations in certain quarters that the decision to honour Abiola was aimed at scoring political points, saying Nigerians in general and the people of the South West in particular are too sophisticated to be hoodwinked by such pandering.

The party said that based on media reports, the protests by UNILAG students were spontaneous because the students, staff, Senate and Council of the institution were shocked that the government did not consult them, as stakeholders, before taking the decision.

It said the ACN had never shied away from fighting for its beliefs or giving vent to its opinion on any issue, hence it does not need to instigate anyone, least of all the very discerning students of one of the country's top universities, to fight for it.

“What happened was that while President Goodluck Jonathan may have meant well in honouring a man who gave his blood to wet the seed of democracy being enjoyed in the country today, an action that should have earned him general commendation instead fetched him widespread criticism because his advisers and his bumbling party (PDP), as usual, failed him. Perhaps he also did not think the action through before announcing it.

''President Jonathan has access to the best legal advice possible. Had his advisers cared enough, they would have told him that since UNILAG was set up by an Act, it would require an amendment to that Act to change its name. They would also have told him that there are other options through which he could use his presidential fiat without creating the kind of unfortunate confusion that has greeted his decision on Chief Abiola.”

The party also explained that such options include making June 12 or the birthday of the late Chief Abiola a national holiday, naming the Eagle Square or the National Stadium, both in Abuja, after him, and acknowledging — as the whole world knows — that he won the 1993 presidential election (instead of calling him a presumed winner) and posthumously inducting him into the league of former Presidents.