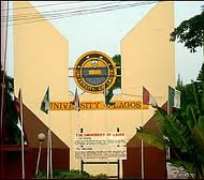 Since the Federal Government announced its resolve to rename the prestigious University of Lagos to Moshood Abiola University, thousands of Nigerians suddenly discovered their concealed talent in writing.

It is apposite to note that albeit rather late (nineteen years after), the overdue recognition of the nation's notable martyr of democracy sincerely deserves commendation.

Not a few have suggested what they feel is the best way to honor Moshood Kashimawo Olawale Abiola who remain an evergreen pride of Nigeria - Yorubaland in particular.

Most of the proposals fall on two sides: Declaration of June 12 as a public holiday or renaming Eagle Square/the Abuja National Stadium after the late Africa's Pillar of Sports.

Good counsels one must admit as there is nothing that can be too much for a man who was unjustly denied the legitimate right to occupy highest office in the land despite the fact that he won the election fair and square.

However, it is highly regrettable that people who should know better are turning blind eye to the reason behind the gesture. They pretend as if they are not aware that the person, ex-President Obasanjo, who benefitted (in the real sense of the word 'benefit') from the murder of the Aare Ona kankanfo for whatever reason, refused to show gratitude in his eight years in office!

In fact, the only time I heard him mention MKO's name was during the monthly presidential chat, when he was asked whether or not he would bestow on the late icon a posthumous national award. He faulted the calls because he "do not believe dead people should be awarded". Alas, the debate at that time momentarily ended after the clamor whittled down; OBJ too kept silent.

Going by history and our kind of 'jankara' politics, it is understood there might be a political undertone to the action. Indeed, a greater number of analysts have questioned the timing and motive, but is that enough to throw the baby with the bath water?

Over the past few days, inestimable articles all schemed at lambasting GEJ's pronouncement has found their way into the media. The denunciation in torrents is now at a point one wonders on the assumption that some individuals and media houses might be in tactical support of an end to civil rule.

For example, a certain writer called the government's gesture “Insensate Honour”. What! Is it that the individual has a pending score to settle with Mr Jonathan or he chose such slang to earn a standing ovation? I am not a publicist for jesters so I won't mention names. Just as millions of the citizenry denounce some of this government's policies, I as well do, but choose not to look the other way when laudable steps are taken.

Oxford's thesaurus of the word 'Insensate' is cold, callous, hardhearted, inconsiderate, unthinking, comatose etc. Now is someone actually telling us that all the foregoing adjectives are the best choice of words available to describe the President's decision? I beg to differ please. Even if we don't like his face, we should at least in our anger, deploy moderate vocabularies when adding our voice to national issues.

I give kudos to fine gentlemen such as renowned constitutional lawyer, Prof Itse Sagay who restrained from a total carpet of the decision. He has not allowed mere suspicion of a covert agenda whatsoever – as others claim – becloud his judgement of the situation. He accurately noted that the only flaw was that due process was not followed, adding that the governing laws of the institution will have to be re-enacted before the new name becomes effective.

To pass across sensible messages, constructive criticism is key. It is easier to play football with wagging tongues in the stands than with legs on the pitch. We should learn to carefully correct and not carelessly castigate so as to save ourselves needless imbroglio. The sooner we admit that we are mortals and not above mistakes, the better.