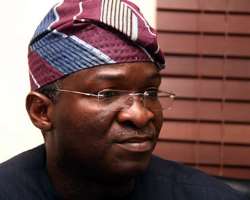 SAN FRANCISCO, May 31, (THEWILL) – The Lagos State Government has reinstated all the medical doctors it sacked a few weeks ago, a statement from the government announced on Thursday afternoon.

The Governor Babatunde Fashola led State government had sacked the doctors after an ultimatum it gave them to return to work was ignored following a dispute over salaries.