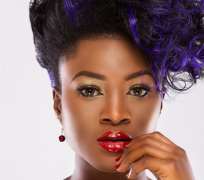 Eldee, who is presently promoting his new album titled 'Undeniable', has been running the record label since his split with former Trybesmen music group members; KB and Freestyle.

The 'Bo Si Gbangban Ka Jo' crooner made this known yesterday. He announced on twitter, Good morning you all! Join me as I welcome @evaalordiah, the newest member of Trybe Records v2.0!"

Eva Alordiah is a fast rising female rapper in Nigeria. She is in the female rap world which Muna, Bouqui, Blaise, Kel, Sasha P and others to compete with.