NIGERIA'S ECONOMY AND CBN: INFLATION RATE MAY RISE ABOVE 15 PERCENT 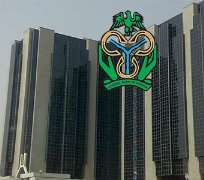 The slowing down of the economy may be partially attributed to lack of structural reforms as was enunciated by Sanusi. But the crust of the matter was the partial removal of the fuel subsidy that brought about the increase of cost of living and production. The country's economy is run on fossil energy and by removing the subsidy it triggered higher inflation rate which now stood at 12.9 percent.

Sanusi's Central Bank of Nigeria (CBN) anticipated inflation rate to rise and hover between 14-15 percent in 2012 but that will not be so. With the economic trends and the way things are going inflation rate will accelerate over 15 even up to 16 percent by the end of the year. And if the fuel adjustment program continues and the total removal of fuel subsidy becomes imminent the inflation rate may rise above 16 percent. With such an increase in the inflation rate, the country's economy will

definitely slow down even below the projected 6.5 percent for 2012.

Nigeria has not yet appreciated how fickle the economic growth and inflation can become. The targeted mission of the policy makers both at CBN and presidency should be to maintain a healthy balance between monetary and fiscal policy in order to checkmate inflation and safeguard economic growth. There is so much CBN can do with the tinkering of the interest rate and with quantitative easing. These monetary tools are limited in action when faced with an accelerating inflation trends and

undiversified economy like that of Nigeria.
The state of the country is becoming un-conducive for a sustainable economic growth apart from oil sector of the economy. The growth in agriculture is expected to "declined to 4.15 per cent compared with 5.54 per cent in Q1 of 2011 and 5.74 in fourth quarter 2011," as CBN governor said at the end of the two-day meeting. And “crude oil production was estimated to have declined by 2.32 per cent in quarter one 2012 compared with the decline of 2.41 per cent in the corresponding period of 2011. Non

This is not good news for Nigeria. The social unrest and political turbulences are making investors anxious and their comfort level and commitment on Nigeria's economy is diminishing. This will encourage capital flight and fear for investing in Nigeria, moreover indigenous capitalists may even recoil their commitment for further capital investments in the economy.

The only good news coming from Sanusi's CBN is the Nigeria’s external reserves which increased from $36.66 billion in April to $38.72 billion in May. The buildup of the reserve is a good thing. Reserve can become a war chest against currency speculators and Naira appreciation can be enhanced with an increasing foreign reserve. But it is important that some of the resources coming from the sale of oil should be diverted to Nigerian sovereign wealth fund and provision of infrastructures. Nigerian sovereign wealth fund should be investing in a well tested market where risk is at lowest minimum for a good return to the country.

The legislature move to remove the autonomy of the Central Bank of Nigeria (CBN) is a bad news. The country needs an independent monetary policy institute that does its job without control from the executive and legislature. Look around the world there is no advance and developed economies without independent Central Banks. When the power of Central Bank is compromise and weakens by outside interference, investors trust on the economy will virtually dissipate and disappear. The decisions and monetary policy coming from Central Banks will not be acceptable as real when Central Bank depends on the whims of the executive and legislature arms of the government. The quest to remove CBN's autonomy is "no go area".

A bastardized and compromise CBN is good for nothing institute, that is why that it is intrinsic that the autonomy of CBN must remained in tact. The government must rekindle its effort to reassure investors, capitalists and citizens that protection of life and property is its utmost duty by the country's leadership.

The upgrades of electricity infrastructures must be speed up for Nigerians are sick and tired of living in darkness at the dawn of 21st century. The provision of social infrastructures, political stability and quantifiable peace must be in place for sustainability of economic growth. The heavy lifting of structural reforms should come into play but the rudimentary steps to the reforms are to provide and build on the basic tools that are needed for a growing economy.