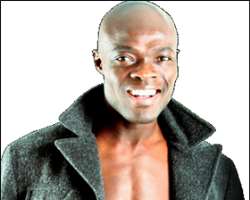 The case docket of Sima was, however, not ready when he was arraigned.

Sima is said to be facing provisional charges of attempting to export narcotic drugs and possessing narcotic drug without lawful authority.

In the courtroom his counsel, Mr. Kwame Akuffo, drew the court's attention to the fact that although his client was in court, his enquiries indicated that the case docket was not before it.

He therefore pleaded with the court to make orders for the case be brought before it so that the case could be called.

Mr. Kwadwo Ofori, a Senior State Attorney, told that court he had instructed investigators to expedite action with the processes on the case docket.

When the court presided over by Mr. Justice Charles Quist inquired from the State Attorney whether he had been charged, he replied in the positive.

The court remanded him and the case was adjourned to September 15.

Sima dressed in a pair of blue jeans and a yellow T-Shirt and in handcuffs, was whisked away by security personnel while students of his school and sympathisers who besieged the court looked on.