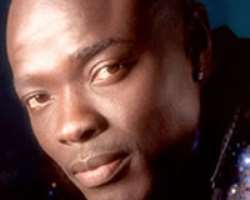 Accra, Sept. 8, GNA – Mr Ibrahim Sima, Chief Executive Officer of Exopa Model Agency in Accra, was arrested on Monday evening just before he boarded a Lufthansa Airline at the Kotoka International Airport, for attempting to carry five kilogrammes of cocaine onto the plane.
Security officials who briefed journalists, said based on suspicion during random checks on passengers, Mr Sima was invited for a urine test by security operatives but could not produce any urine.
The security operatives said Mr Sima's luggage was ordered to be off-loaded and a check revealed that it contained four tubers of yam that had been sliced and re-fixed making them look as a whole.
They said when the tubers were detached, holes were found in each of them containing substances which proved to be cocaine following a field test. When interrogated, Mr Sima said one Salifu at Nima gave them to him to be given to someone.
The security officials are investigating the case.
GNA