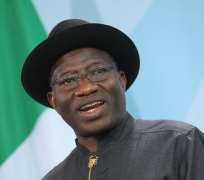 Ahead of a tumultuous first anniversary week, the presidency last week embarked on a subterranean public relations blitz with top members of the mass media, with President Goodluck Jonathan himself meeting with newspaper editors and publishers.

The immediate purpose of the meeting is thought to be to head off public rage and negative reporting of Mr. Jonathan's poor performance since he was sworn in one year ago this week.

But the presidency is also concerned about the humongous scandal arising from the revelation that Mr. Jonathan shared some $1.1 billion between himself, Attorney General Bello Adoke, and several cronies and ministers.

A source told SaharaReporters that the meetings, interpreted as a broad attempt to compromise the judgment of newspaper editors and their publishers, were secretly organized in a variety of Abuja rendezvous.

One of the meetings was between the media chiefs and the Minister of the Federal Capital Territory, Mr. Bala Usman, and our source said the Minister arrived armed with the authority to provide his guests with choice parcels of land in Abuja, or monetize the offer for those who may be eager to avoid such curious donations.

The secret meetings started with newspaper publishers on Thursday night at the Presidential Villa. On Friday, Mr. Jonathan openly felicitated with members of the Nigeria Union of Journalists at one of their events. Later that night, the editors were bused to the Presidential Villa to meet with the president.

Our sources said only the editors of the Lagos-based PUNCH newspapers and their publisher stayed away from the meetings. It would be recalled that two years ago, The Punch was the only newspaper which fired an editor over a seedy and unauthorized midnight meeting in Minna with then presidential hopeful General Ibrahim Babangida at which the former Head of State bribed journalists with N10 million.

The editors who came to Abuja last week were lodged at the Hilton hotel in the Maitama District of Abuja at the expenses of the presidency.

The following night, several of them were lodged at the NICON luxury hotel which is owned by controversial businessman, Jimoh Ibrahim.

None of the newspaper editors have reported on any of their meetings, and our efforts by phone calls and text messages to get any of them to confirm attendance has remained unsuccessful.

As part of last week's consultations, the President's spokesperson, Mr. Reuben Abati, had at a meeting earlier in the week solicited the support of a few State House reporters.

Entering its first anniversary in office, the presidency is deeply troubled by a massive N155billion oil block money-laundering scandal which was broken last week by Premium Times.

Premium Times revealed how the federal government paid the money secretly to convicted money launderer, Dan Etete, on the orders of President Goodluck Jonathan, with lavish cuts of it ending up in the bank accounts of cronies and business associates of government officials. At least one of those beneficiaries is closely linked to Mr. Jonathan.

Premium Times detailed how the federal government, Nigeria Agip Exploration Limited (Agip) and Shell Nigeria Exploration and Production Company Limited (Shell) entered into the fraudulent scheme which saw the oil companies paying $1.1bn to the Federal Government. The funds were then transferred to Malabu, and the distribution bonanza began.

Only today, after the government had failed to confront the scandal for several days, Mr Adoke said in a press statement that the government had only played the role of “facilitator of the resolution of a long standing dispute” in the N155 billion oil block scandal. He did not explain any of the major issues in the story by Premium Times or other Nigerian publications.

This is the scandal that the presidency will be taking into its first anniversary and a year filled with great disappointment, including Mr. Jonathan's eloquent refusal to publicly declare his assets, although he insists he is fighting corruption.

It will be banking on a complicit mass media to, once again, hoodwink the Nigerian people.