Love does not batter

By John Boakye (The Mirror) 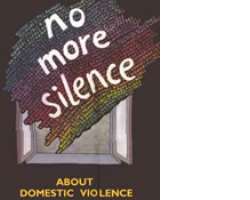 Woman beating is an increasing cancer in Ghana and in all cultures and societies. It occurs among the rich and the poor, religious and non-religious, old and young, educated and uneducated.

Studies, however, show it is more frequent among the young, poor and uneducated.

It is sad to note that reported cases of woman beating are only a tip of the iceberg. Most women keep the abuses secret. A woman who has bruises all over will claim it is an accident.

She is afraid to leave because she and her children are completely dependent on the man. Some are made to feel unworthy and actually think they deserve it. A woman may also think she loves a man to the point of accepting whatever he does to her: Some love!

Why beat a woman?
Some men have traits that make them feel always right. He is insensitive, controlling and demanding. He demands total attention. He will do anything including beating to make you weak so that he can feel powerful. He sees a woman as only as a tool.

We hear that 30-40 per cent of Ghanaians have a mental challenge of a sort. Your lover could be one if he has swinging moods. Today he is so loving and all over you. Tomorrow he is aggressive and abusive. He apologises and promises it won't happen again. But he does it, again and again.

A man's greatest emotional need is what he achieves. A man's ego falls if he fails in what he wants to do. He becomes tensed up and attempts to restore his ego by activities he can easily control. Some take to drinking but in some men nothing helps except wife beating. The situation is worse if the woman is showing progress because it makes the man jealous.

Some are abusive due to childhood memories. Children who grow up in abusive homes tend to be abusive when they marry because their sub-conscious mind makes them see their parents as mentors whose actions must be good.

Some women feel ignored in a relationship.
They want attention and will find ways to make a man lose control of himself. Such women have great emotional fulfilment as they make up with their lovers.

The strategy
Woman beating may range from use of weapons to a minor push but it almost always starts with difference in opinion and the man's need to be in control. He uses threatening words.

The woman speaks back or acts in a way that puts the man in a rage which manifests in physical violence. The abuser then cools off after the attack.

Effect
Woman beating may leave behind bruises or broken bones. It may even cause death. The victim has psychological damage which lasts longer than physical pain. She develops low esteem, poor self image, depression, propensity to anxiety. The fear that the abuse will occur haunts her. If a woman is beaten in front of her children, the children lose respect for both parents. Everybody loses because the entire family is victimised and the family harmony broken. Beating therefore, does not solve problems. It creates new ones.

What men can do
A man appreciates that a woman is completely different from a man. What you feel is annoying about her behaviour may be a natural way every woman behaves. Every woman is emotional. Every woman talks many times more than a man and expresses hostility verbally. Accept these.

Learn to control your anger. No one can make you more angry than you can make yourself. If you beat your woman in the morning you act in ignorance and lose at night.

Should a lover batter?
It is very unfortunate that some cultures in Ghana see wife beating as a sign of love. Some religions also permit wife beating. Even more surprising is the study that shows the majority of women in developing countries admit that husbands are sometimes justified in beating their wives. Fact is woman beating is a silent crime that must be condemned.

Love is kind and patient. It is about building a lover up, not battering her. True love makes a wife better, not bitter. True love, therefore, does not batter.